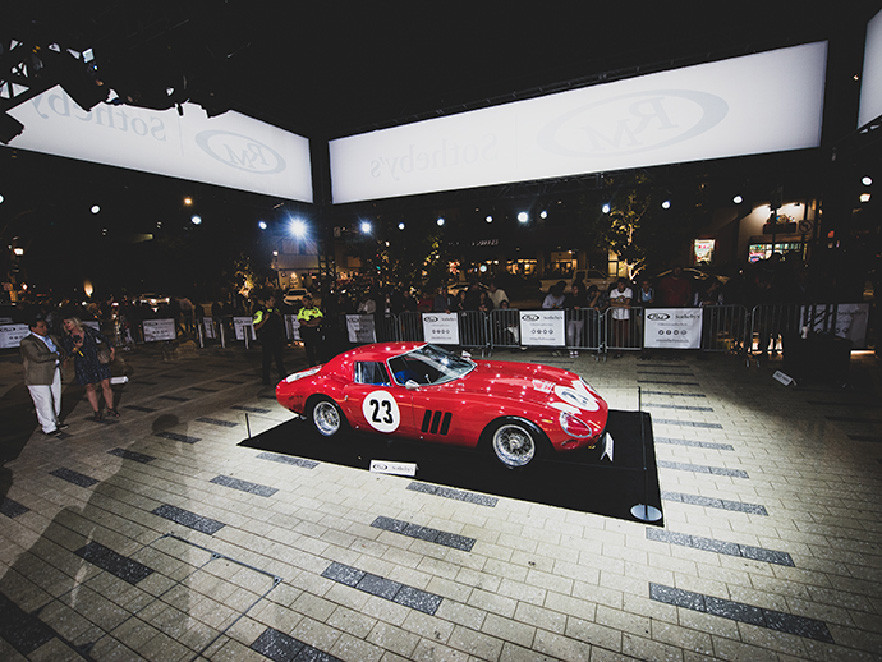 RM Sotheby’s made history in California last week with the sale of a 1962 Ferrari 250 GTO for $48.4 million, making it the most valuable car ever sold at auction.

Long considered to be the ‘holy grail’ of the collector car world, the Ferrari was greeted at the Monterey sale by cheers and applause when five-time Le Mans winner Derek Bell stepped out of the car after driving it across the auction block.

The auctioneer opened the bidding at the unprecedented $35 million, before it finally sold for the record breaking price to a telephone bidder.

The GTO was offered with its original engine, gearbox, rear axle and factory Series II body after two decades in the collection of noted businessman, Ferrari enthusiast, and vintage race driver Gregory Whitten.

Speaking about the sale, Dr. Whitten commented, “My journey with the 250 GTO has come to an end, but I am excited to see how this fantastic car is enjoyed by the new owner.

“They will have seen the seemingly unbelievable list of superlatives that are used to describe it – legendary, historic, holy grail – but I can assure them that once they get behind the wheel, they will understand that every one of them is true.”

The auction also saw exceptional results for sports cars and sports-racers, including the 1957 Porsche 550A Spyder that soared over its estimate to sell for $4.9 million, and a 1956 Maserarti A6G/2000 Zagato which fetched $4.5 million.

Meanwhile modern super cars showed continued strength with a Ferrari F40 selling for $1.7 million, and a Mercedes-Benz AMG CLK GTR setting a new record for the model at $4.5 million.