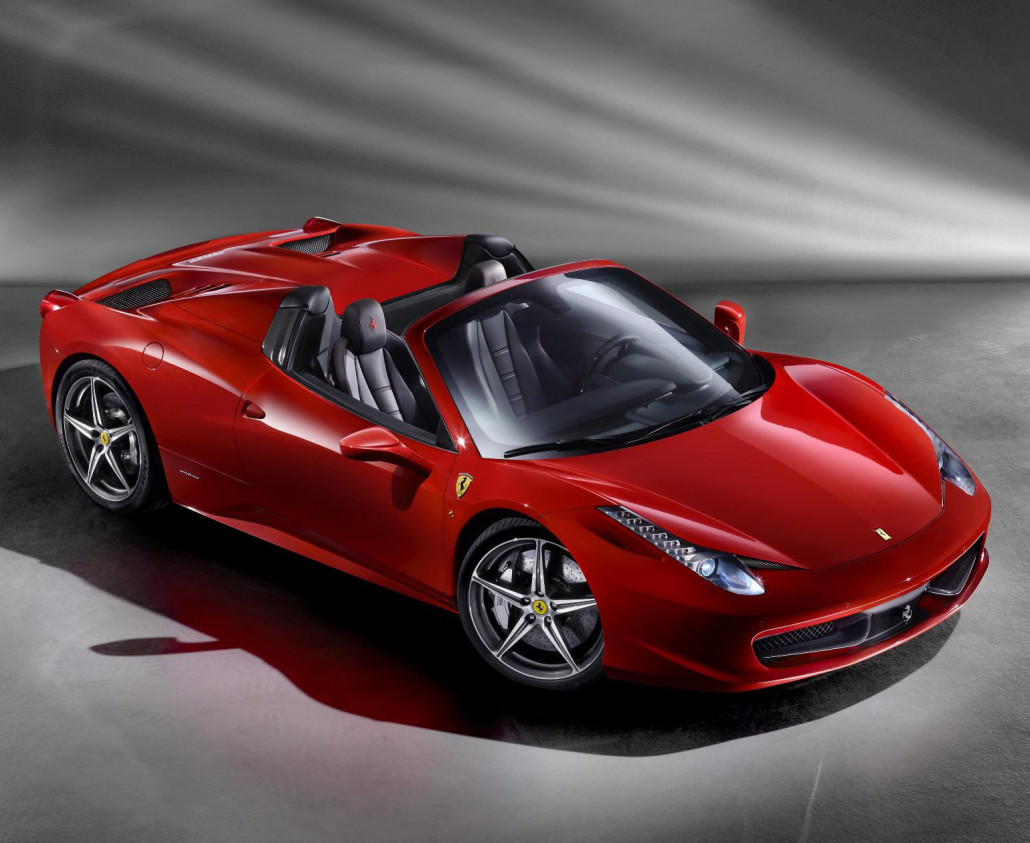 The new Ferrari 458 Spider, billed as the world’s first sports car with a fully retractable hard top, was showcased in Miami on Tuesday at an exclusive party held as part of the prestigious Art Basel fair celebrations.

Priced at $300,000, the 562 horsepower convertible, which debuted at the Frankfurt Motor Show in September, made an appearance at an invitation-only party held in honour of Ferrari Chairman Luca di Montezemolo.

The new 458 Spider joins the 458 Italia in widening Ferrari’s range of mid-rear engined V8s. Entirely in aluminium, the hard-top solution adopted for the 458 Spider offers a number of advantages over the traditional folding soft-top, including a reduction of 25 kg in weight and a deployment time of just 14 seconds.

Fully integrated into the styling of the car, the hard-top was engineered to fit neatly ahead of the engine bay without compromising aerodynamics or the performance of the car. The small space needed to house the roof has enabled the designers to include a generous rear bench for luggage behind the seats.