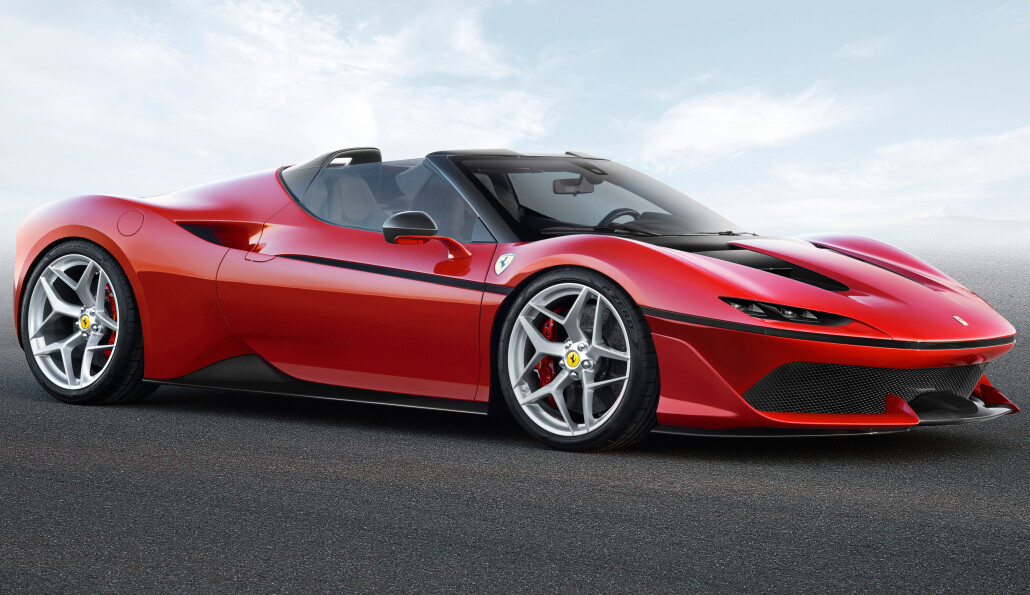 For the third year running, Ferrari has been crowned with a prestigious industry award that celebrates ground breaking design.

The Red Dot ‘Best of the Best’ award for the maximum expression of design quality and ground-breaking design was won by the Ferrari J50, the strictly limited series of bespoke cars built to commemorate the 50th anniversary of Ferrari in Japan.

A two-seater, mid-rear-engined roadster based on the 488 Spider, the J50 features a radically futuristic design language and was praised by the Red Dot jurors for its innovation.

Designed by the Ferrari Design team under the direction of Flavio Manzoni, just 10 examples of the J50 will be built.

As well as The international jury of design experts also awarded Ferrari distinctions for the high design quality of the GTC4Lusso, LaFerrari Aperta and the 458 MM Speciale.

The Red Dot Design Award ceremony was held on the evening of 3rd July at the Aalto Theater in Essen in Germany.

Founded by Enzo Ferrari in 1939, Ferrari have grown to become of the world’s most famous luxury sports car makers.