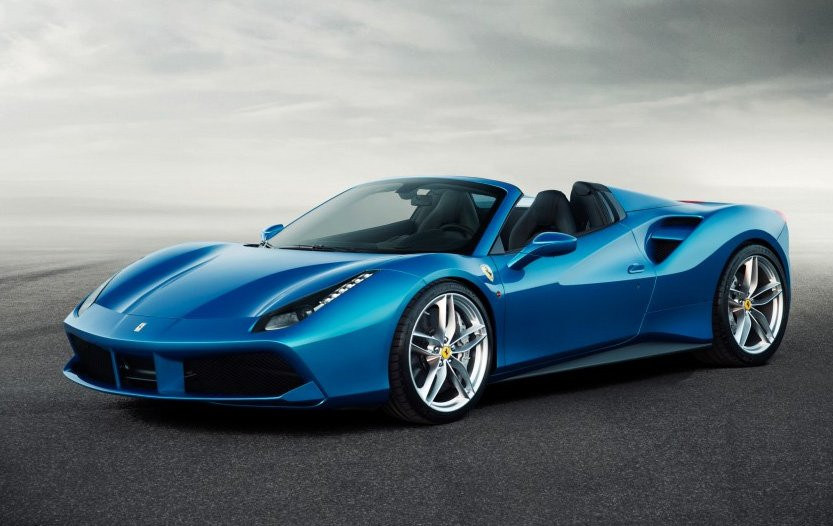 Ferrari have revealed their new 488 Spider, an open-top V8 supercar billed as the Italian marquee’s most powerful drop-top model.

The second member of the 488 family, the striking new car will hold its official world debut at the Frankfurt Motor Show in Germany in September.

As with its predecessor, the 458 Spider, the 488 uses a two-piece retractable hard-top, whch can be electronically retracted and stored away in 14 seconds; though like every drop-top Ferrari, it can only be operated when the car is stationary.

Carried over from the Ferrari GTB coupe which arrived earlier this year, the 488 features the new 3.9-litre twin-turbo V8 engine and seven-speed F1 dual-clutch transmission. Developing 660bhp at 8,000rpm and 760Nm of torque at 3,000rpm, the car can go from 0-62mph time in three seconds flat. With its roof up or down, it can reach speeds of 203mph.

Other notable features include an electric glass rear wind stop which can be adjusted to three position and a second-generation Slide Slip Angle Control System that allows the driver greater freedom with throttle inputs and increased acceleration out of corners.

Furthermore, the 488 is also claimed to be the most aerodynamically efficient Ferrari drop-top ever created, thanks to aerodynamic features such as an active front bumper and blown rear spoiler.