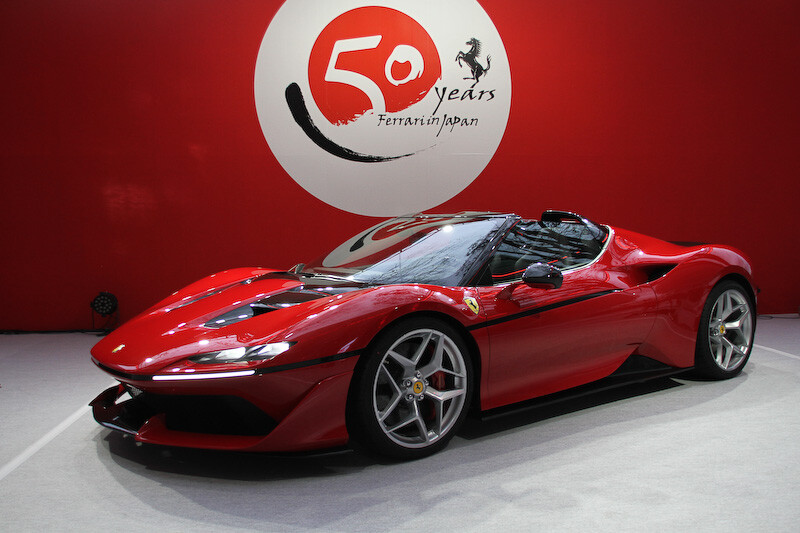 Ferrari’s Special Projects Department has teamed up with the Italian marquee’s Styling centre team in Maranello to create a truly unique masterpiece commemorating the brand’s 50th anniversary of operations in Japan.

Named the J50, the limited edition car is based on the 488 GTB Spider and has been designed to create a sense of nostalgia through its visual elements which are inspired by the Ferrari’s of the 70’s and the 80’s.

Most notably, the black line that runs up from the nose and up to the base of the windows is reminiscent of the Ferrari F40 from the late eighties. Furthermore, the ‘helmet visor’ effect on the windscreen is a notable nod to the open top Ferrari barchettas of years gone by.

Visible through a polycarbonate cover is a 3.9-litre turbocharged V8, delivering an impressive 680bhp.

The J50 will come in a special triple layered metallic red paint job with black over red interiors.

Pricing has not yet been announced, but is expected to come in at around the €2.5 million Euros mark.