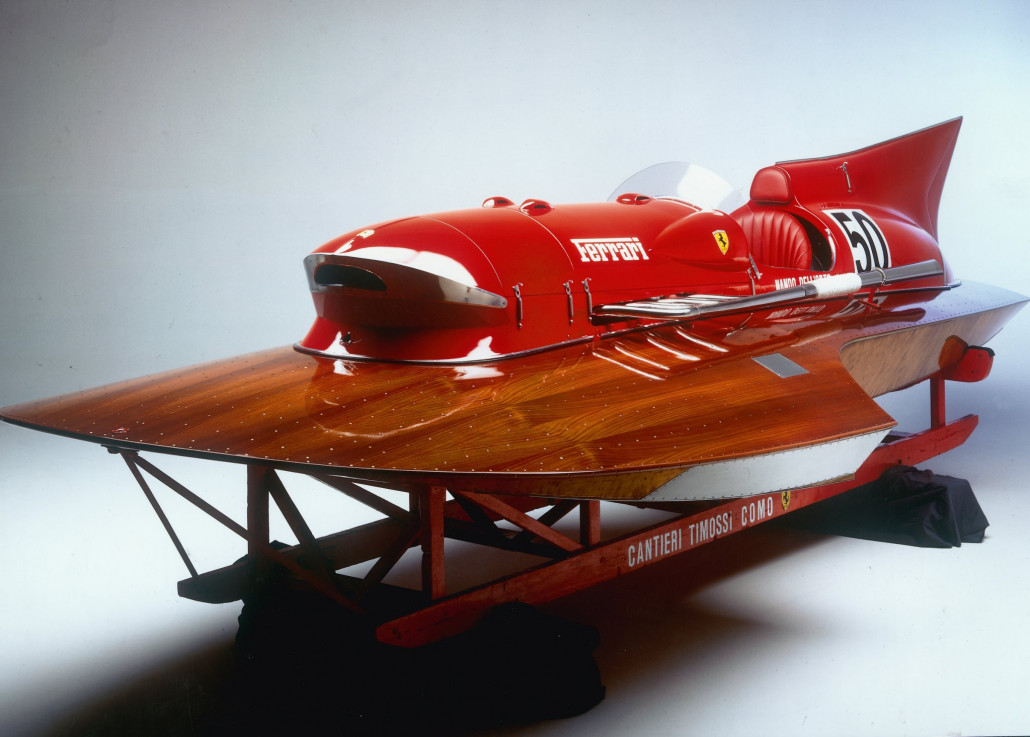 Ferrari-Powered Hydroplane to be Sold at Monaco Auction

RM Auctions is to hold one of its most eagerly-anticipated auctions to date in Monaco this May, which will include the sale of a stunning Ferrari-powered hydroplane.

Taking place at Monaco’s Grimaldi Forum during the same weekend as the Monaco Grand Prix, the two-day auction will feature the ARNO XI hydroplane alongside an elite roster of highly sought-after automobiles and motorcycles.

First launched in the early 1950s, the world-famous racing boat was constructed with assistance from Ferrari and the great Grand Prix drivers of the period and went on to establish a world water speed record of over 150 mph.

It features a 12-cylinder, 4,500 cc V12 Ferrari engine – the same as that installed in the Type 375 Grand Prix car that gave José Froilán González Ferrari’s first ever World Championship Grand Prix Victory at Silverstone in 1951.

Peter Wallman, specialist at RM Europe, said: “We are thrilled to be offering the historic ARNO XI at our Monaco sale. This awe-inspiring racing boat has beauty, history, provenance and performance; it simply ticks every box for any serious collector.

“It’s an exceptional piece of history, made even more famous by the countless models one sees of it in important collectors’ libraries and is likely to appeal to serious car collectors as much as it will to traditional boat collectors.

“It has that alluring mix of ’50s Ferrari grand prix car with the sheer beauty and simplicity of the hydroplanes of the period. We are honoured to have been entrusted with its sale.”

The ARNO XI hydroplane is estimated to sell for between €1 million and €1.5 million at the Monaco auction, which takes place on 11th – 12th May.