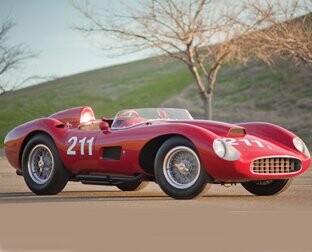 A 1957 Ferrari Spider fetched $6.5 million at a high-profile auction of classic cars in Monaco last week that was dominated by the iconic Italian marque.

The 625 TRC Spider was one of three Ferraris that made up the top lots at the auction, which took place at the French principality’s Grimaldi Forum ahead of the up-coming Monaco Grand Prix.

Boasting a V-12 engine, the Spider had been purchased new in 1957 by the Ferrari dealer and racer John van Neumann. The car was restored in the 1980s, after losing its original engine.

A Timossi-Ferrari "Arno XI" hydroplane, which set a world speed record in 1953 that still stands today,sold for $1.1 million, a record for a Hydroplane sold at auction.

The Monaco sale was held by RM Auctions, widely considered to be the world’s largest collector car auction house