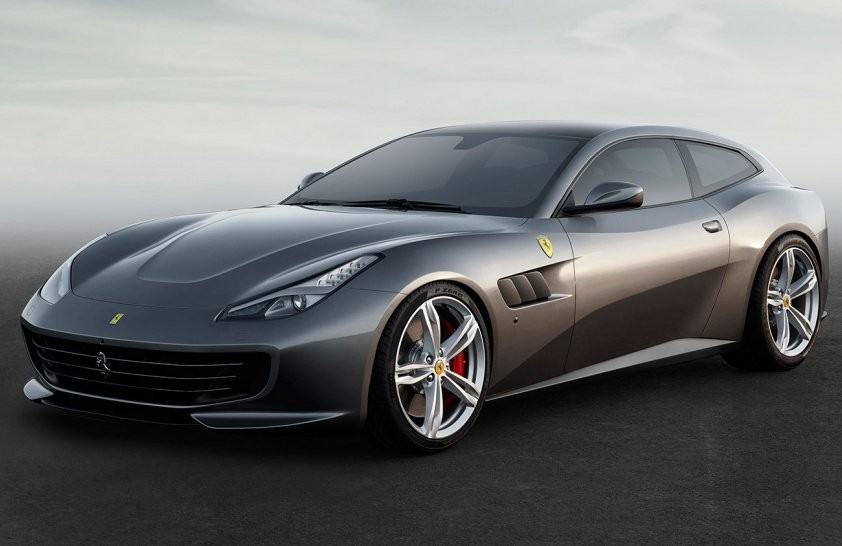 Ferrari is to unveil the revamped version of its FF model, called the GTC4Lusso, at the 2016 Geneva Motor Show next month.

The updated car now takes the GTC4Lusso name and has been given subtle styling upgrades to mark it out from its predecessor.

Aerodynamic improvements include a new front grille with integrated air intakes, new air vents on the rear wing, a roof-mounted rear spoiler and a new diffuser. Ferrari claims the result is a drag coefficient that is substantially lower than that of the FF.

The Italian marquee also says the GTC4Lusso will be aimed at a younger audience than the brand has traditionally been used to. Owners of the FF, on average, drove more miles than owners of other Ferraris, indicating that the GTC4Lusso will become the grand tourer of choice in the company’s range.

Powering the GTC4Lusso is the same 6.2-litre V12 engine already fitted to the FF, but with power raised from 651bhp to 680bhp. Maximum power is reached at 8000rpm, while torque is rated at 514lb ft at 5750rpm, with 80% of torque available from 1750rpm. As before, drive is channelled through a seven-speed dual-clutch transmission.

Armed with more power, the GTC4Lusso can reach 62mph from a standing start in 3.4 seconds – 0.3 seconds faster than the FF – while its top speed is unchanged at 208mph.

Among the interior changes to the four-seat cabin is a new infotainment system which has been developed by Delphi, but remains compatible with Apple CarPlay. The GTC4Lusso also gets a recess between the seats specifically to hold the key during driving; a feature the FF did not have.

Pricing for the GTC4Lusso will not be revealed until closer to the car’s launch in Geneva, but is expected to be steeper than the FF’s cost of £226,000.