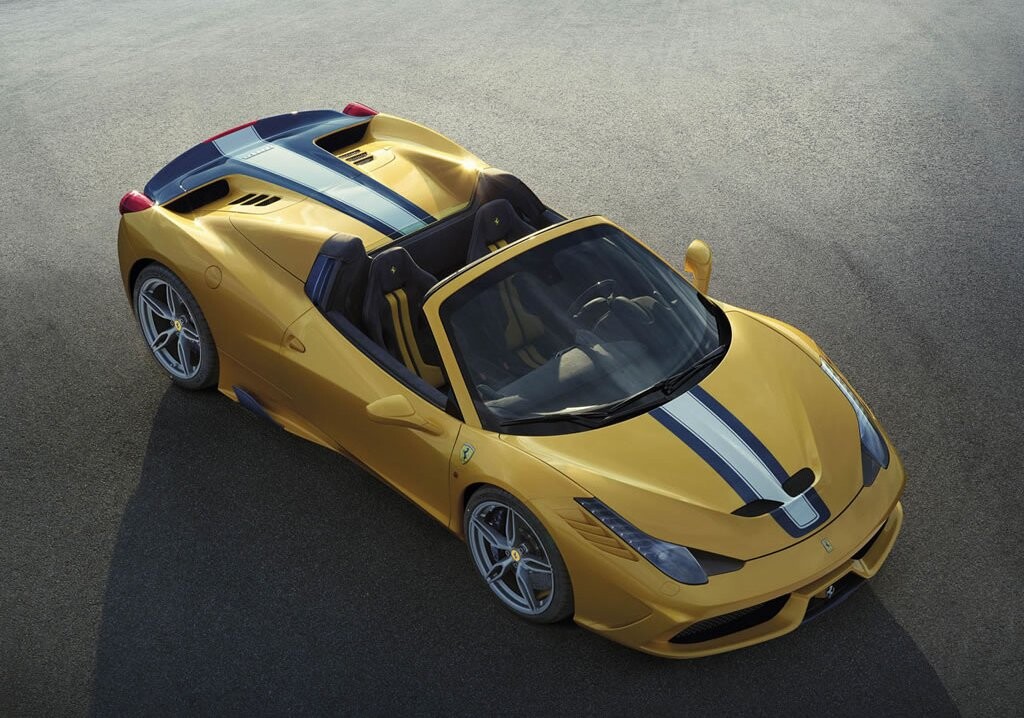 Iconic sports car makers Ferrari have created what is billed as the Italian brand’s most powerful droptop production model ever.

The limited edition Ferrari 458 Speciale A (the “A” standing for Aperta or “open” in English) convertible was unveiled ahead of its official launch at the Paris Motor Show which began earlier this month.

In terms of design features, the car wears a yellow body with a Blue Nart and Bianco Avus stripe running from nose to tail, while the door panels, centre tunnel and tread plates are covered in blue carbon fibre.

The very first Speciale A was auctioned off in Beverly Hills earlier this week on the occasion of Ferrari's 60th anniversary in America, selling for $900,000.

The Ferrari 458 Speciale A is on display at the Paris Motor Show which runs until 19th October.