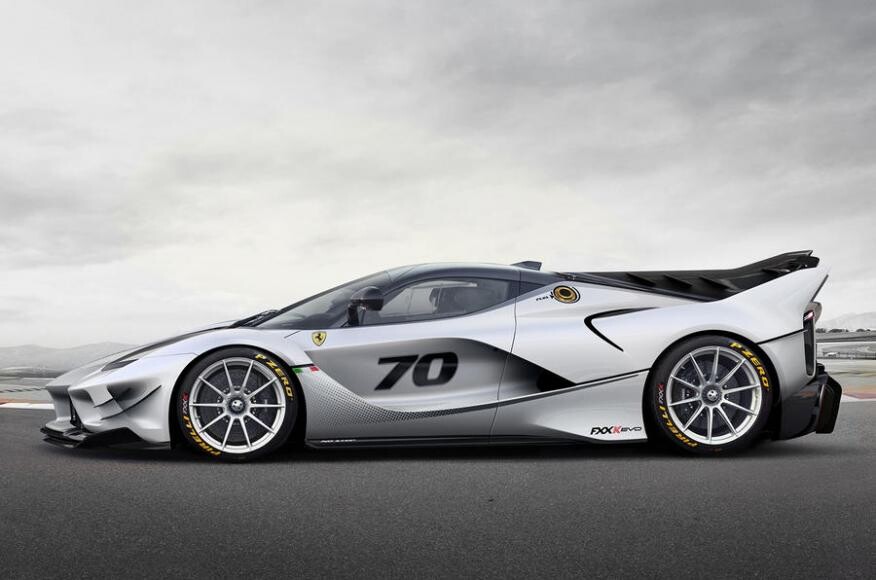 Ferrari recently unveiled the Evo version of its LaFerrari-based FXX-K track-only hypercar – and remarkably the Italian carmaker have made the latest iteration even faster and more powerful.

Incorporating various design elements from Formula 1, GT3, GTE and other racing series, the new car has over 23 per cent more downforce than the FXX-K which was introduced in 2014, and 75 percent over the road-going LaFerrari.

This was achieved by introducing a raft of changes including a new fixed rear wing that blends into the overall design, replacing the two outboard-mounted winglets from the previous FXX-K with a twin-profile-element active rear spoiler.

The Ferrari FXX-K Evo has a hybrid powertrain just like the car it is based on. An 860-horsepower 6.3-litre V12 engine is mated to an electric motor to produce a combined output of 1,050 hp. This power is channelled to the rear wheels through a seven-speed, dual-clutch transmission. Furthermore, the car is also lighter thanks to an innovative carbon fibre component crafting process.

The FXX-K Evo will be available both as an extremely limited run model and as an upgrade package for existing FXX-Ks. And like with all other XX cars by Ferrari, owners will get the chance to pilot these cars on nine different tracks around the world with Ferrari technicians and support staff at their disposal.

Founded by Enzo Ferrari in 1939, Ferrari have grown to become of the world’s most famous luxury sports car makers.