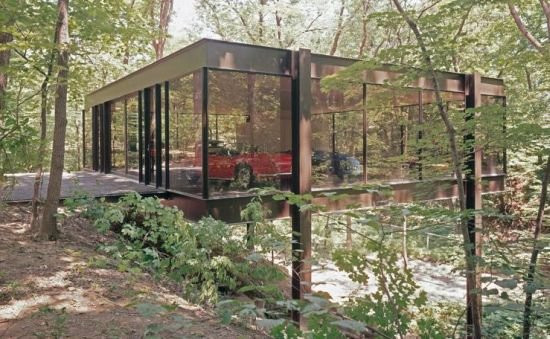 Ferris Bueller movie house to be sold off

The ultra-modern Chicago home featured in an 80's cult classic is being sold for around 2.3 million dollars.

Featured as the 'Ferrari garage' in the hit 1986 movie Ferris Bueller's Day Off, this mid-century house is an incredible treasure of architectural history. A notable scene from the movie shows one of the characters, Cameron Frye, accidentally sending his Father's prize Ferrari through one of the glass walls of the house and into the woods below.

The 5300-square-foot house includes four bedrooms, four bathrooms and another four living spaces, all with panoramic views of lush Highland Park. There is a spacious garage able to hold three cars, whether or not they're Ferrari's.

Meladee Hughes, a realtor for Sudler Sotheby's International, has described being in the home as like living in a tree house.

"Being in the home is like living in a tree house"

"Being in the home is like living in a tree house"