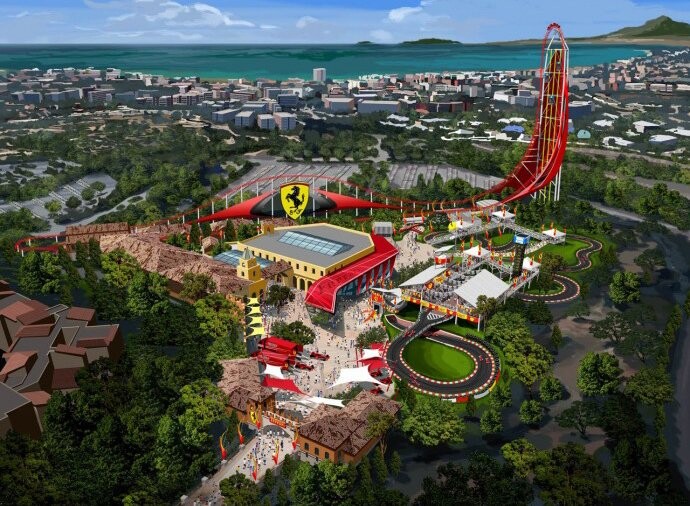 FerrariLand, a new theme park in south east Spain dedicated to the iconic Italian marquee, is one step closer after the symbolic laying of the development’s first brick.

Formula One star Sebastian Vettel participated in the brick-laying ceremony at the PortAventura resort complex south of Barcelona, along with key individuals from PortAventura, Scuderia Ferrari and the Catalonia regional government.

Spread over 75,000 square metres, FerrariLand will include reproductions of the traditional houses in the village of Maranello, Italy, along with other elements linked to Ferrari’s history.

The theme park will also be home to Europe’s highest vertical drop roller coaster (112 metres), with acceleration from 0 to 180km/h in five seconds. Visitors will also have the option of staying at the world’s first Ferrari Hotel.

The PortAventura resort complex in which FerrariLand will be situated already includes an amusement park, a water park and several golf courses,

In 2010, the world’s first Ferrari theme park opened in Abu Dhabi and features around 20 attractions, including a go-kart track.