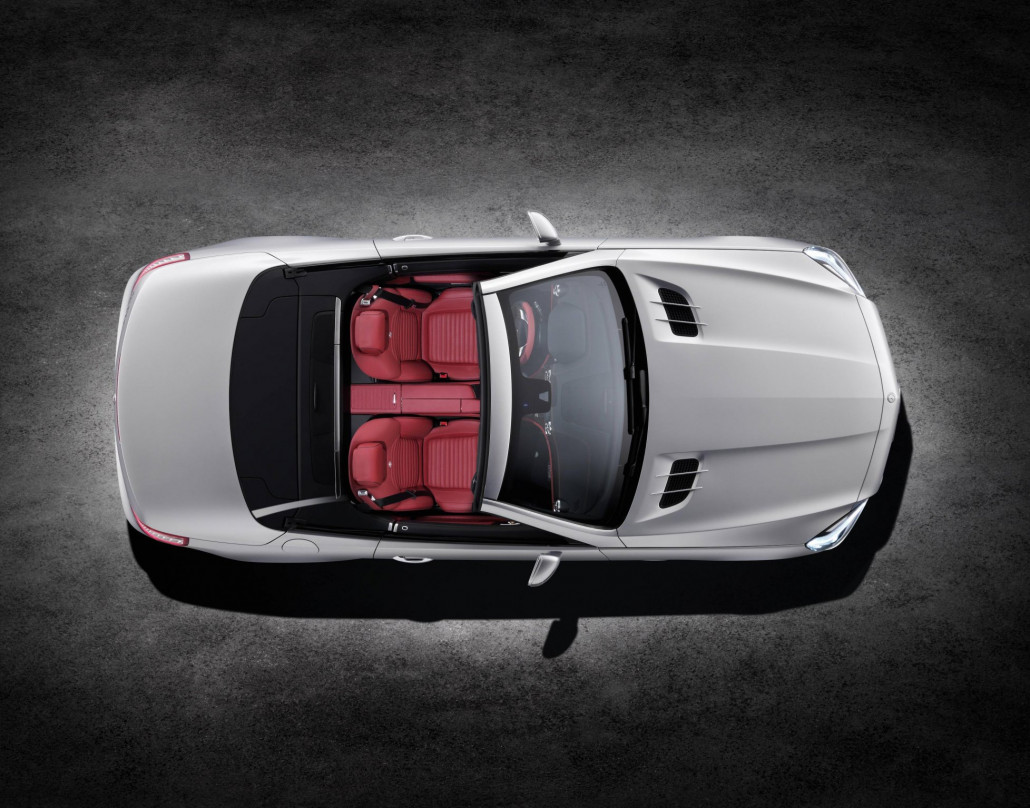 The first official pictures of the new generation 2013 Mercedes-Benz SL-Class have been revealed, showing a body made almost entirely of aluminium.

Such prolific use of the low-density metal on a Mercedes car is a first for the German auto-maker, and has given the new SL a weight of up to 140kg less than its 2012 predecessor. It is also nearly 2 inches longer and more than 2 inches wider than the previous model, with more shoulder and elbow room in the cockpit.

The engine makes 429 horsepower and 516 pound-feet of torque, providing 0-60 acceleration in 4.5 seconds.

An Agility Control Suspension is standard, with the automaker's Active Body Control available at extra cost. The 2013 SL also gets a new electromechanical direct-steer system with speed-sensitive, variable-ratio power assist.

Other new features include a choice of two retractable hardtops, each of which takes less than 20 seconds to open or close. A glass roof is standard, with a panoramic Magic Sky Control roof available as an option.

The new Mercedes-Benz SL will be showcased for the first time at the 2012 Detroit Auto Show in January, before arriving next spring at U.S. dealers.