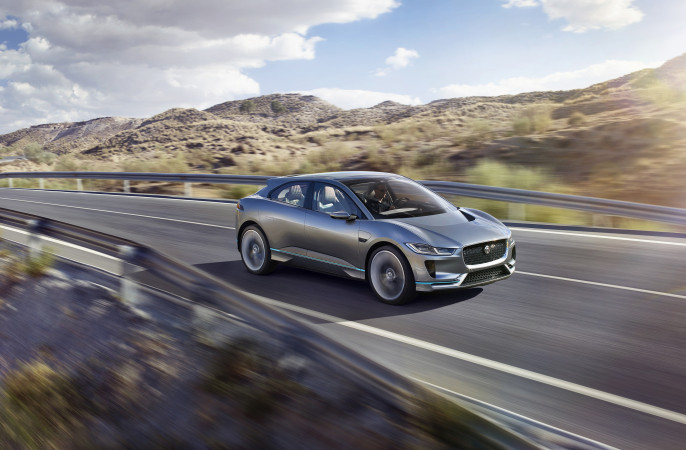 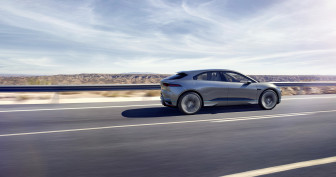 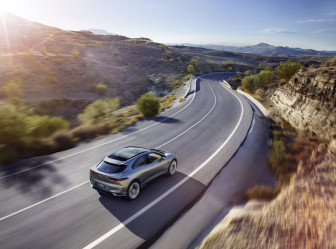 Iconic British carmaker Jaguar has unveiled a production preview of the electric I-PACE concept car, billed as representing the start of a new era for the marquee.

Jaguar’s engineering and design teams have torn up the rule book to create the car’s bespoke electric architecture, matched with dramatic design. The result is a no-compromise smart, five seat sports car and a performance SUV in one.

The car has been revealed in what is said to be the world’s first ‘social Virtual Reality’ and the largest live and connected VR event of its type to date.

From VR hubs in Los Angeles and London, groups of 66 guests including A-list stars Michelle Rodriguez, Miranda Kerr and James Corden, used HTC Vive Business Edition headsets to put themselves inside the concept car and interact live with other participants.

Guests ‘sat’ on the concept’s virtual seats, had a 360 degree view of Venice Beach as the concept was built piece by piece around them, and saw the I-PACE Concept race towards them across a virtual desert.

Ian Callum, Director of Design at Jaguar, said: “The I-PACE Concept represents the next generation of electric vehicle design. It’s a dramatic, future-facing cab-forward design with a beautiful interior – the product of authentic Jaguar DNA, electric technology and contemporary craftsmanship.

“Our virtual reality reveal today has pushed technology boundaries as well, and captures the hi-tech essence of the concept car. We only have one concept car and it is in LA for the reveal. For the first time, VR has allowed us share it across the globe in the most immersive way possible.”

The car’s state-of-the-art electric motors and 90kWh lithium-ion battery pack were designed in-house by Jaguar Land Rover to give the best possible performance and range for most daily journeys.  Where ever you are in the world you can simply plug your car into a wall socket overnight, and have more than enough range to complete the average daily commute of around 50km.