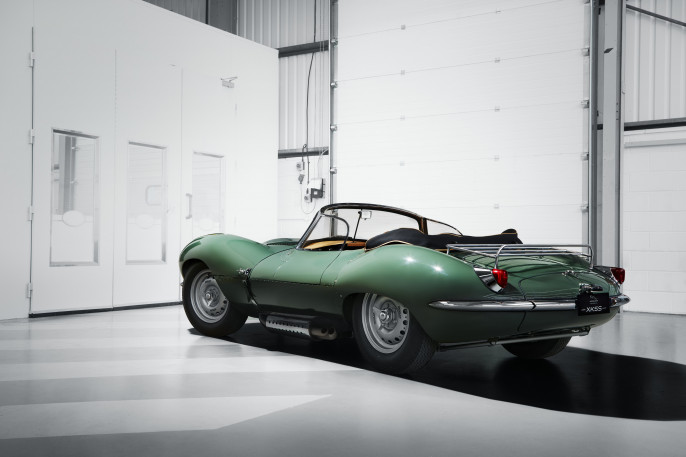 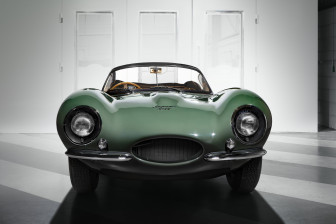 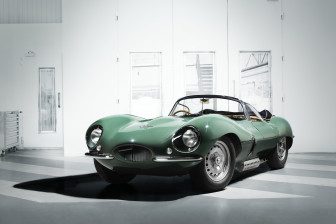 The first genuine Jaguar XKSS to be built in almost 60 years has been given its world debut presentation at the Petersen Museum, Los Angeles by Jaguar Classic.

The stunning XKSS, finished in Sherwood Green paint, has been created by the Jaguar Classic engineering team ahead of the production of nine cars for delivery to customers across the globe in 2017.

Often referred to as the world’s first supercar, the XKSS was originally made by Jaguar as a road-going conversion of the Le Mans-winning D-type, which was built from 1954-1956. In 1957, nine cars earmarked for export to North America were lost in a fire at Jaguar’s Browns Lane factory in the British Midlands, meaning just 16 examples of XKSS were built.

Earlier this year, Jaguar announced that its Classic division would build the nine ‘lost’ XKSS sports cars for a select group of established collectors and customers. The new one-off XKSS presented in Los Angeles is the summation of 18 months of research and will be used as a blueprint from which the nine continuation cars are built.

Kev Riches, Jaguar Classic Engineering Manager, said: “The XKSS is one of the most important cars in Jaguar’s history, and we are committed to making the ‘new original’ version absolutely faithful to the period car in every way.

“From the number, type and position of all the rivets used – there are more than 2,000 in total – to the Smiths gauges on the dashboard, everything is the same as the original cars, because that is the way it should be.”

The XKSS is the second continuation car to be created by Jaguar, following on from the six Lightweight E-types that were built in 2014. This project helped the team learn to engineer cars that are faithful to the specifications to which they were built in period, and this knowledge has been enhanced in creating the ‘new original’ XKSS.

The nine cars will be completely new, with period chassis numbers from the XKSS chassis log. All cars are now sold at a price in excess of £1 million each.