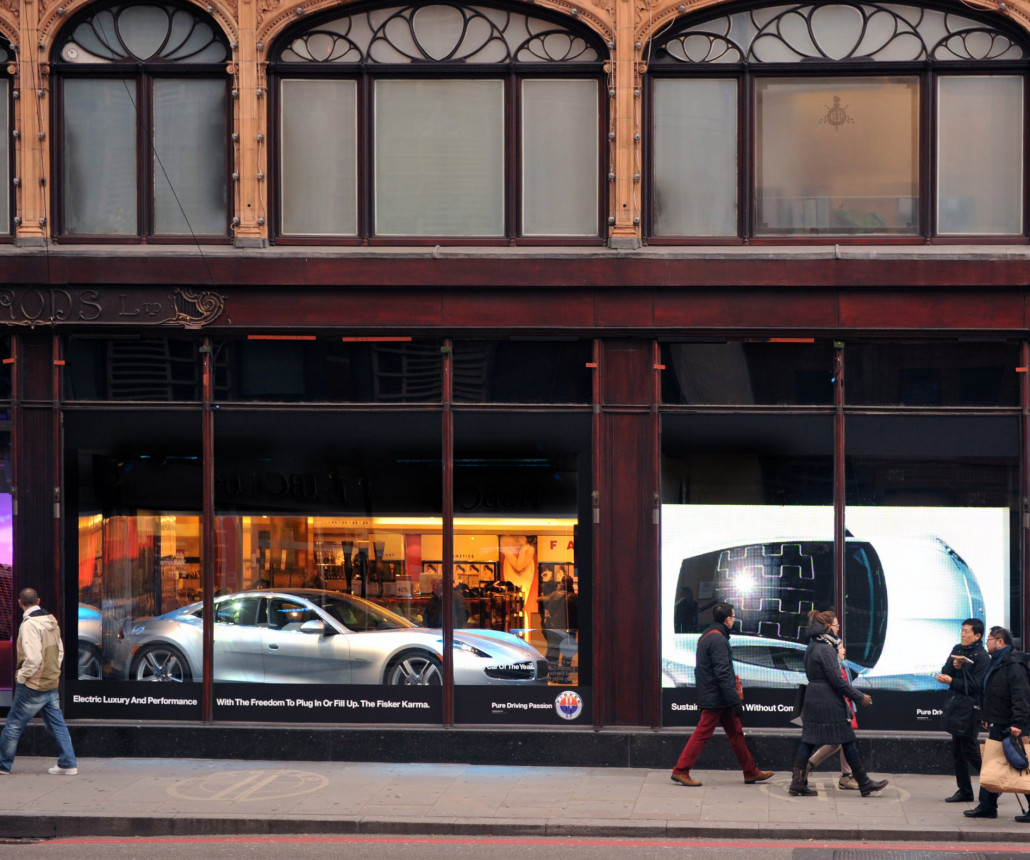 Fisker Karma on Display at Harrods

The Fisker Karma hybrid luxury sports car, which made its debut last week at the Consumer Electronics Show in Las Vegas, is currently being showcased in a shop window at the prestigious Harrods department store in west London.

The world-famous seven-storey shopping mecca, located in the well-heeled district of Knightsbridge, is displaying the car after striking a deal with its makers, Fisker Automotive.

Interested visitors to the store are invited to take a tour of the $102,000 Karma, as well as configuring one virtually, or being put in touch with their local dealership in order to take a test drive.

The brainchild of Henrik Fisker, CEO OF Fisker Automotive, the Fisker Karma was first unveiled last year. It boasts 400 horsepower and can travel 50 miles using its electric engine, before a generator – sparked by a small gasoline engine – creates new electricity whilst you drive.

Harrods has a long history of parading luxury cars in its windows. In 1911, British marque Morgan showcased one of its cars in the famous store, and in more recent years the Aston Martin Cygnet, the Lexus CT 200h and the Hyundai SUV have all made appearances.

The Karma will be on display at Harrods until February 4.