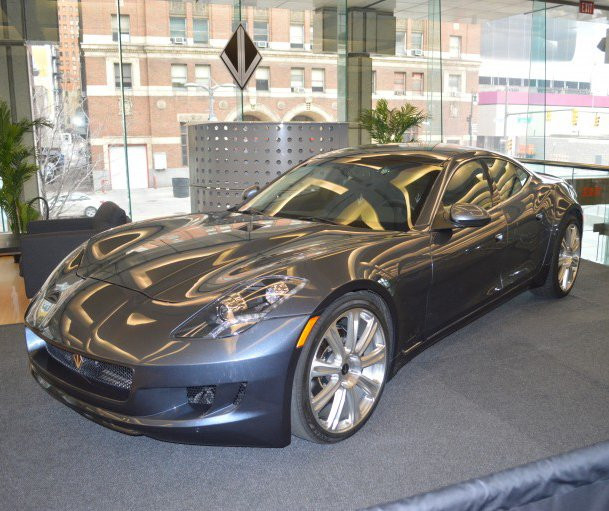 VL Automotive, a new American car maker, has introduced its first model, inspired by the Fisker Karma hybrid, but containing a gas engine instead of a hybrid powertrain.

The four-door “Destino” – meaning “destiny” – performance car is the result of a deal between VL Automotive and Fisker to purchase Karma vehicles minus their plug-in powertrain hardware.

Instead the Destino has been fitted with a 638-hp, 6.2-liter supercharged LS9 V8 engine, and is billed as combining the aesthetics and style of a Karma with the speed and power of a non-electric sports car.

Specific performance figures have not been released, but the car is expected to be faster than other four-doors, such as the Aston Martin Rapide and Porsche Panamera.

To further distinguish the Destino from its origins, there have been redesigns of the front fascia and headlamps, roof and rear fascia, whilst there are also plans to re-tune the suspension and chassis to function smoothly with the new powertrain and lighter build.

“They don't want an expensive car with an electric drivetrain; they want a drivetrain that's appropriate to the car. I think this will fulfil the desires of a lot of people who are looking for an American high-performance four-door sedan of very advanced design."

The Destino was showcased for the first time at a press conference at the last week’s North American International Auto Show in Detroit. It is currently undergoing prototype testing, with an official market launch slated for June.

Pricing is yet to be confirmed, but VL Automotive have indicated that the Destino will be available for around $180,000.