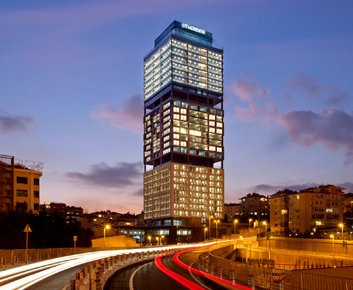 Le Méridien, the Paris-born hotel brand with a strong focus on contemporary art, opened its first property in Turkey this week overlooking the stunning waters of the Bosphorus sea.

Located in the prestigious district of Etiler in Istanbul, the 34-storey hotel offers panoramic views over two continents – Europe and Asia – and is tailored to both business and leisure travellers.

Consistent with Le Méridien’s commitment to art, guests at the hotel are also able to visit the Istanbul Modern Museum for free by showing their room keys at the entrance.

The property is one of the city’s most impressive contemporary landmarks with its modern structure – designed by award-winning Turkish architect Emre Arolat – featuring 259 guest rooms, suites and serviced apartments, plus a Creative Hub (Le Méridien’s new lobby concept).

Other notable features of the hotel include a fine dining restaurant, a rooftop bar, seven stylish meeting rooms, two VIP boardrooms, a Ballroom with private foyer and a fully-equipped Spa.

Michael Schlueter, General Manager of the hotel, said: “Le Méridien İstanbul Etiler is the brand’s first hotel to be built from scratch in Europe.

“What makes this flagship hotel different is that it adapts the creativity and arts to its signature guest experience, one that will make the guests feel and know the city in a better way.

Le Méridien currently represents over 100 properties in 50 countries across the world. The brand was acquired by Starwood Hotels & Resorts Worldwide in 2005.