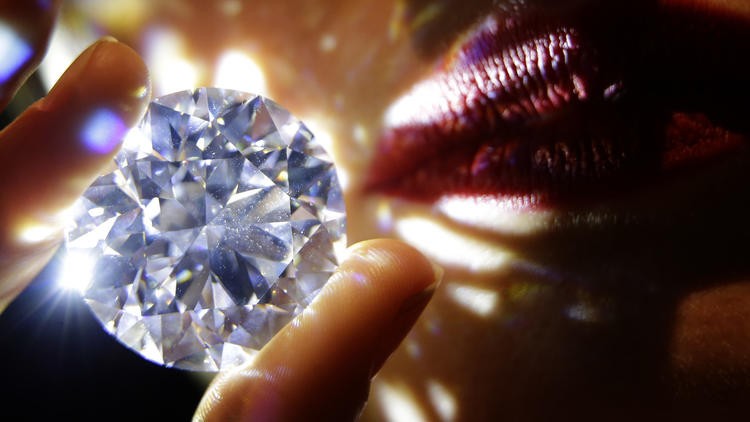 It may be too late for this year’s Valentine’s Day, but it’s hard to imagine a more indulgent present than the world’s most expensive flawless white diamond.

Billed as the largest and purest of its type to come to market, the diamond is expected to fetch well over $33 million after it was made available for private sale by auction house giants Sotheby's.

Sotheby's says the 102.34-carat gem mined from Botswana "is the only known round brilliant-cut diamond over 100 carats perfect according to every critical criterion" — carats, colour, clarity and cut.”

Patti Wong, founder and chairman of Sotheby’s, stated: “It is a masterpiece of nature brought to life by human hand, blazing with a brilliant firework-like display of almost every colour on the spectrum — mesmerising to behold.”

In addition to its size, the diamond’s round shape also adds to its value. Round is the most sought-after shape for colourless stones, as diamonds with this shape provide the most “light and life,” according to Sotheby’s.

The stone also belongs to an ultra-rare subgroup of gem-quality diamonds known as type IIA, known for its chemical purity and for being crystal clear to the eye. To date, only seven D-color diamonds weighing more than 100 carats have ever been sold at an auction, and none of them have been round brilliant cuts.

This particular diamond went on display last week at Sotheby's London showroom on New Bond Street and experts believe it will beat the current record for  the sale of a white diamond, which currently stands at $33.7 million. Its unveiling also comes as Sotheby’s marks the first anniversary of its New Bond Street salon.

The auction record for any diamond is held by the "Pink Star," which sold for $71 million at Sotheby's Hong Kong in 2017.