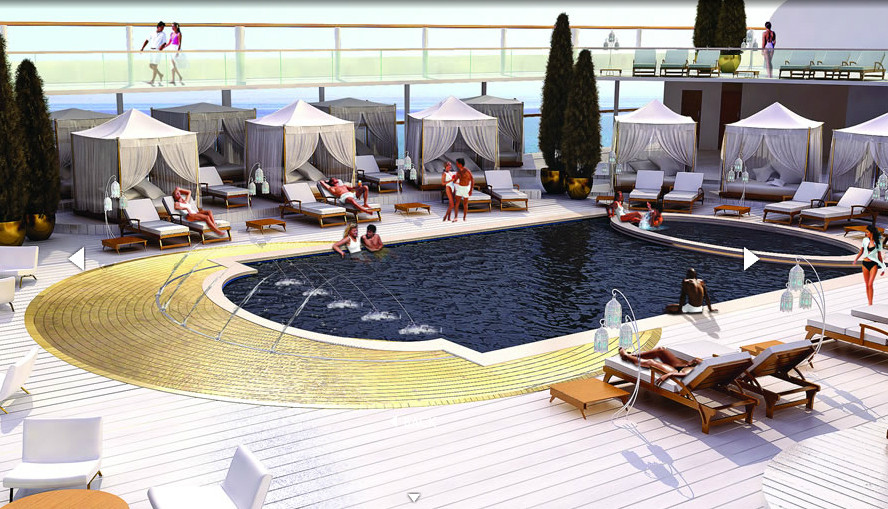 If your image of private members clubs is opulent basements in Mayfair backstreets then that perception is about to be challenged in a serious way.

Lifestyle brand Quintessentially has announced that it is building the world’s largest superyacht that will be used as a seaborne private member’s club for the global elite.

Named Quintessentially One and costing £250 million to build, the 220-metre yacht will allow high flyers to tour the world and attend prestigious events such as the Monaco Grand Prix, Cannes Film Festival and Rio Carnival.

Aaron Simpson, Quintessentially’s Co-Founder explains, “This is a wonderful way to cater and meet the demands of Quintessentially’s global members when they all descend on the same high-profile events which currently don’t have enough supply.

“It will be the world’s largest floating private membership club.  Where the traditional cruise model is to go somewhere, dock and get off; we will dock and people will want to get on.”

The co-founder added that the yacht will also host exclusive parties with famous performers, made possible by Quintessentially’s long-standing ties with artists such as Elton John, who has performed for their clients in the past.

Quintessentially One, which will be 40-metres longer than the world’s biggest private vessel Azzam, is slated to make its first voyage in 2019-2020.