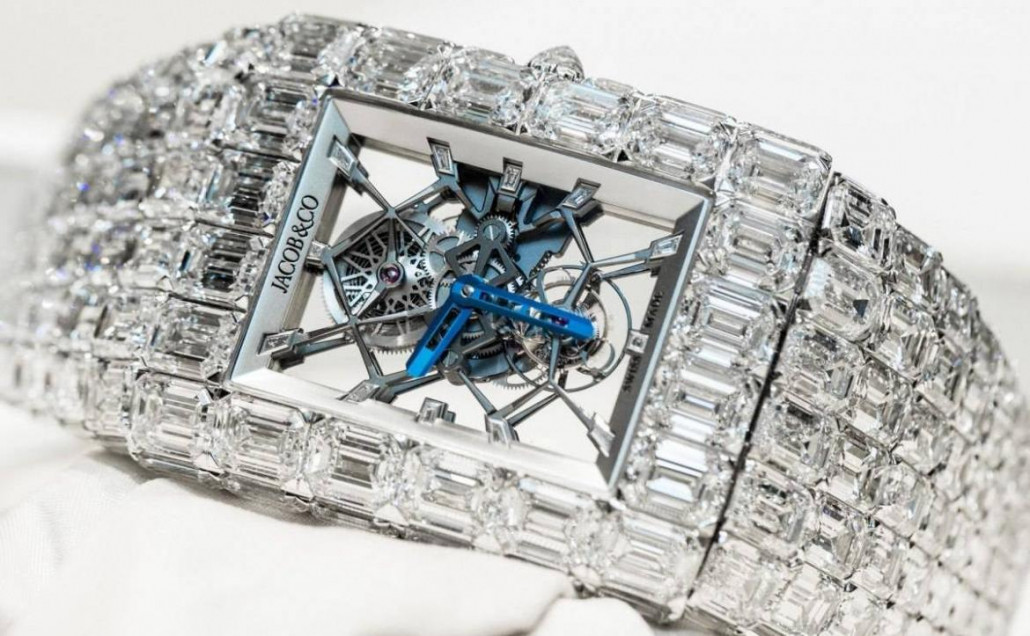 Of all the famous watch connoisseurs across the world, few have been as lavish in their passion as the legendary boxer Floyd Mayweather.

Not known by the self-titled moniker “Money Mayweather” for nothing, he makes no secret of his vast weath and last month he set the world of social media on fire by showing off his customised Patek Phillipe watch on his Instagram feed.

Now Mayweather has gone several steps further by presenting to the world his $18 million Billionaire Watch from Jacob & Co.

An earlier version of the brand’s Millionnaire watch, it drips with an incredible 260 karats of emerald-cut diamonds.

Mayweather captioned the short clip of the watch with this message: “This my new timepiece, it’s called “The Billionaire Watch”. If you don’t know about it, google Billionaire Watch. That’s $18 Million on the price tag.”

Established in 1986, Jacob & Co. has grown to become one of the world’s most renowned jewellers and watchmakers for men and women.