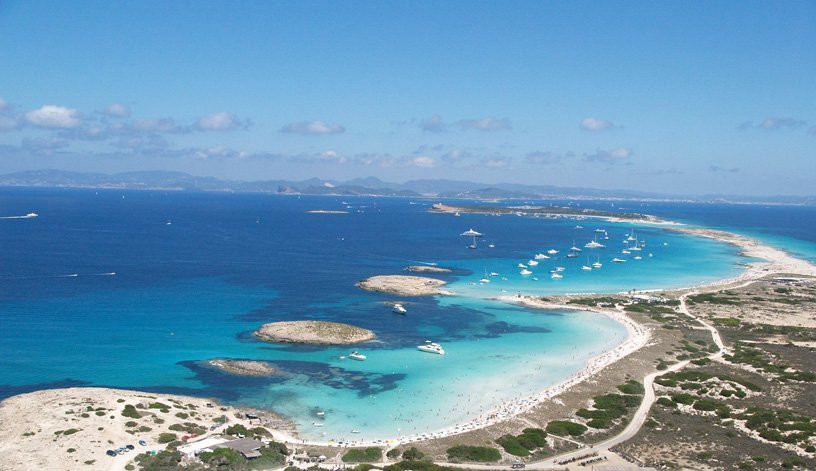 Formentera: The Rising Star of the Western Med

For so long in the shadows of its hedonistic neighbour Ibiza, the tiny island of Formentera has emerged to become a luxury destination in its own right.

Dotted with a small collection of lavish boutique hotels and nightspots, as well as one of Europe’s most renowned yoga retreats, the island – dubbed “the last paradise of the Mediterranean” – has grown into a magnet for the Euro chic crowd looking for a more serene alternative to the clubbing mecca of Ibiza.

Now the island’s growing popularity has been reinforced by a new survey revealing it to be the most expensive place in Europe to bring a yacht. According to the survey by TravelMag.com, yacht owners and charters visiting Formentera in the high season can expect to pay €150 euros a night for mooring a 10-metre yacht. For a superyacht, this rises well into four figures.

The next most expensive marina, Marina Grande in Capri, Italy is priced at €110 euros per night, while Ibiza Magna and Marina di Porto Cervo in Sardinia come third and fourth respectively.

The survey also illustrates the continued dominance of the West Mediterranean as a yachting destination, with only marinas in Croatia and Turkey featuring in the top 10 from outside western Europe.

Furthermore, a key point that the survey highlights is that it is not just a destination’s prestige that dictates marina pricing. Of equal importance is the size of a marina and the number of other options nearby. In the case of Formentera, not only does it have a highly limited number of berths, but there are only two other marinas to be found anywhere else on the island. In contrast, Ibiza has a grand total of five marinas.

With a number of celebrities now choosing Formentera for European breaks, prices on the island could continue to spiral both for the yachting fraternity and luxury travellers in general.