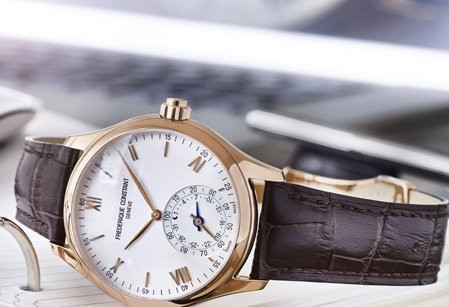 As smartwatches continue to gain in popularity, Swiss luxury watchmaker Frédérique Constant has launched its first ever smart model.

Billed as drawing upon traditional watchmaking and state-of-the-art modernity, the new timepiece features an analogue watch display containing several high tech functions including an app and a cloud.

According to its creators, the watch’s analogue display offers low energy consumption as well as the option of using the timepiece as an ordinary quartz watch without connecting it to an app via a smartphone.

To develop the software platform for its first smartwatch, Frédérique Constant joined forces with the Californian firm Fullpower,

Frédérique Constant was established in 1988 by Dutch entrepreneur Peter Stas and his wife Aletta Bax,

The watch will be on sale from late May, priced at around €930.