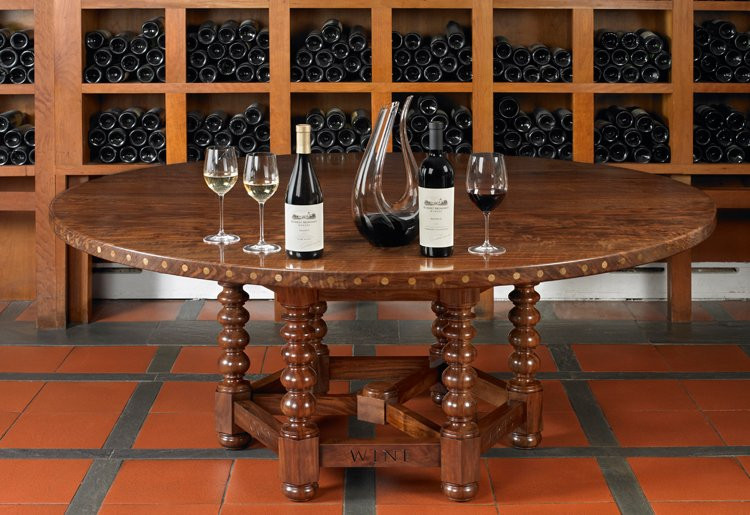 Renowned furniture maker Frank Pallaro has designed a commemorative table to mark the 100th anniversary of the Robert Mondavi Winery in Napa Valley, US.

Unveiled earlier this week, the table will serve as the centrepiece ‘model’ of a five dining room table series, with the commemorative edition priced at $75,000.

Hand-crafted with aged Northern California Claro walnut, the table is billed as representing Mondavi’s lifelong passion for food and wine. Having founded the winery in 1966, he built it up into the region’s flagship vineyard. Mondavi passed away in 2008, aged 94.

The table can seat eight people and features 100 round inlays around the edging, symbolising the 100 years since Mondavi's birth. Each inlay has the diameter of a wine cork and is made of persimmon wood, a favorite fruit of Mondavi which is grown at the winery.

The table's base is segmented into six sides, meant to represent the six main grape varietals grown in the To Kalon Vineyard at Mondavi's winery: Cabernet Sauvignon, Sauvignon Blanc, Merlot, Cabernet Franc, Malbec, and Petit Verdot.

The six sides are accented with hand carved words (Food, Wine, Art, Family, Friends, and Passion) that the winemaker held dear. Additionally, the entire table has been treated to repel liquids, including wine.