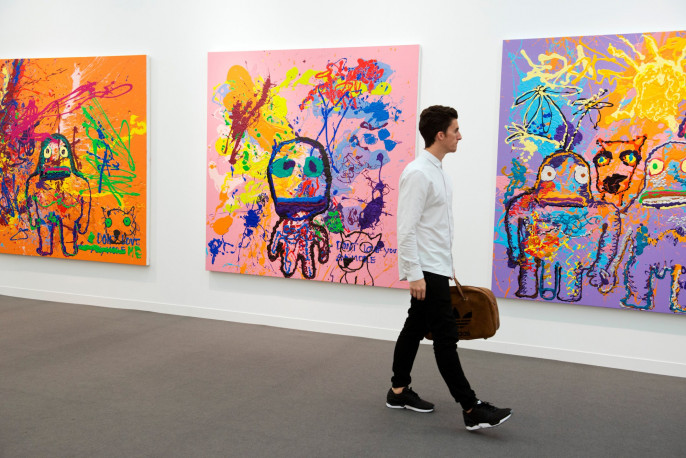 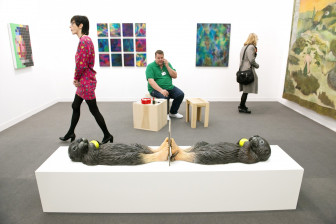 The 2014 edition of the Freize London, one of the world’s most prestigious contemporary arts fairs, came to a close on Saturday.

Now in its 12th year, the fair in London’s Regent’s Park brought together 162 of the world’s leading contemporary galleries with exhibitors from 25 countries.

For the third consecutive year, Frieze Masters, dedicated to art from ancient to modern, coincided with the contemporary fair, with the two fairs creating a broad focus for the international art audience.

Housed in a bespoke temporary structure, this year’s Frieze London was designed by Universal Design Studio, who introducde a series of changes to the fair; a new layout and a focus on the public spaces, using contrast, texture and tone.

Features included a timber-lined entrance courtyard and a series of restaurants and ancillary spaces, each with a signature material. 2014 also saw the introduction of ‘Live’, a new gallery section at Frieze London for active or performance-based installations.