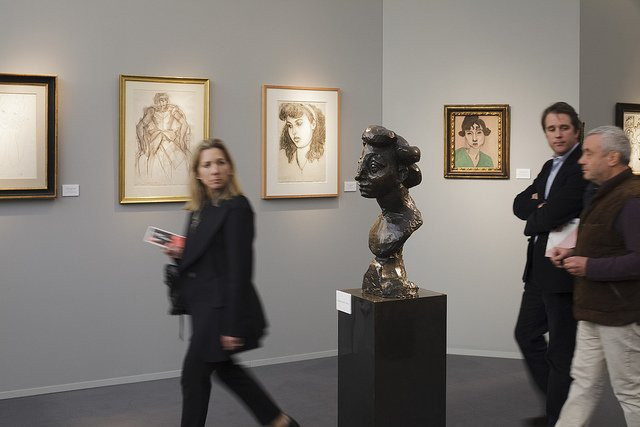 The 11th edition of Frieze London, one of the world’s leading international contemporary arts fairs, came to a close yesterday.

Redesigned for 2013, the high-profile event brought 152 galleries to London’s Regent’s Park for four days of showcasing some of the world’s most sought-after contemporary artwork.

Sponsored by Deutsche Bank for the tenth consecutive year, the event featured a mix of established and up-and-coming galleries and artists from a total of 30 countries including Brazil, China, Columbia, Hungary, India, Korea, Mexico and South Africa.

To emphasise the scope of work on show, five pieces from leading American pop artist Jeff Koons were on display at the fair’s Gagosian Gallery, while only steps away was Finnish newcomer Pilvi Takala's "Drive With Care" video installation priced at almost £7,000.

Newly appointed this year, Nicola Lees was the curator of Frieze Foundation and conceived a programme of commissions that centred around ideas of play and governance, focusing on how these exchanges can be brought to light through participatory contemporary art practices.

This year’s Freize London also saw the introduction of a new partnership with British fashion house Alexander McQueen, who served Associate Sponsor of the fair.