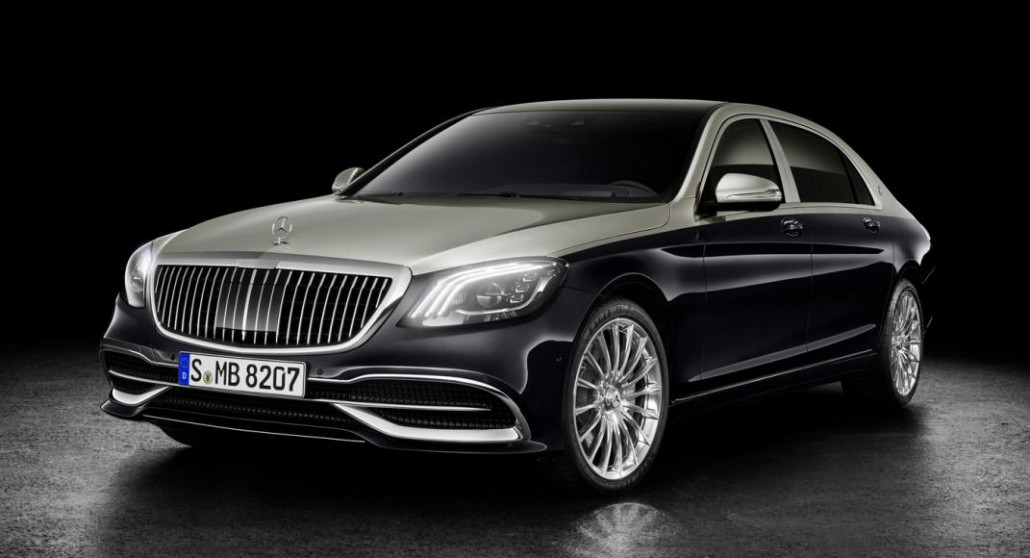 Ahead of its official debut at the upcoming Geneva Motor Show, Mercedes has revealed the 2019 Mercedes-Maybach S-Class, featuring a number of noticeable styling updates.

The augmented model will be offered in a two-tone paint scheme, which is reminiscent of the original Maybach, and with a new front grille exclusive to the Maybach S-Class

New 20-inch wheel patterns are also available for the car, including one set that matches the wheels first seen on the 2017 Maybach S650 Cabriolet.

The cabin has also received some tweaks which include more colour options, while for the first time the car’s contrast stitching can be ordered in copper, gold or platinum. The mechanics, however, have been kept the same.

The 2019 Maybach S-Class will debut on March 6 at the 2018 Geneva International Motor Show and will be available to purchase starting this summer.

Under the stewardship of Mercedes’s parent company Daimler, the resurrection of Maybach has been a great success for the German automaker since it was launched in 2014.

In 2017, one out of every 10 S-Class luxury sedans sold was with a Maybach badge, with China, Russia and the United States as the leading markets.