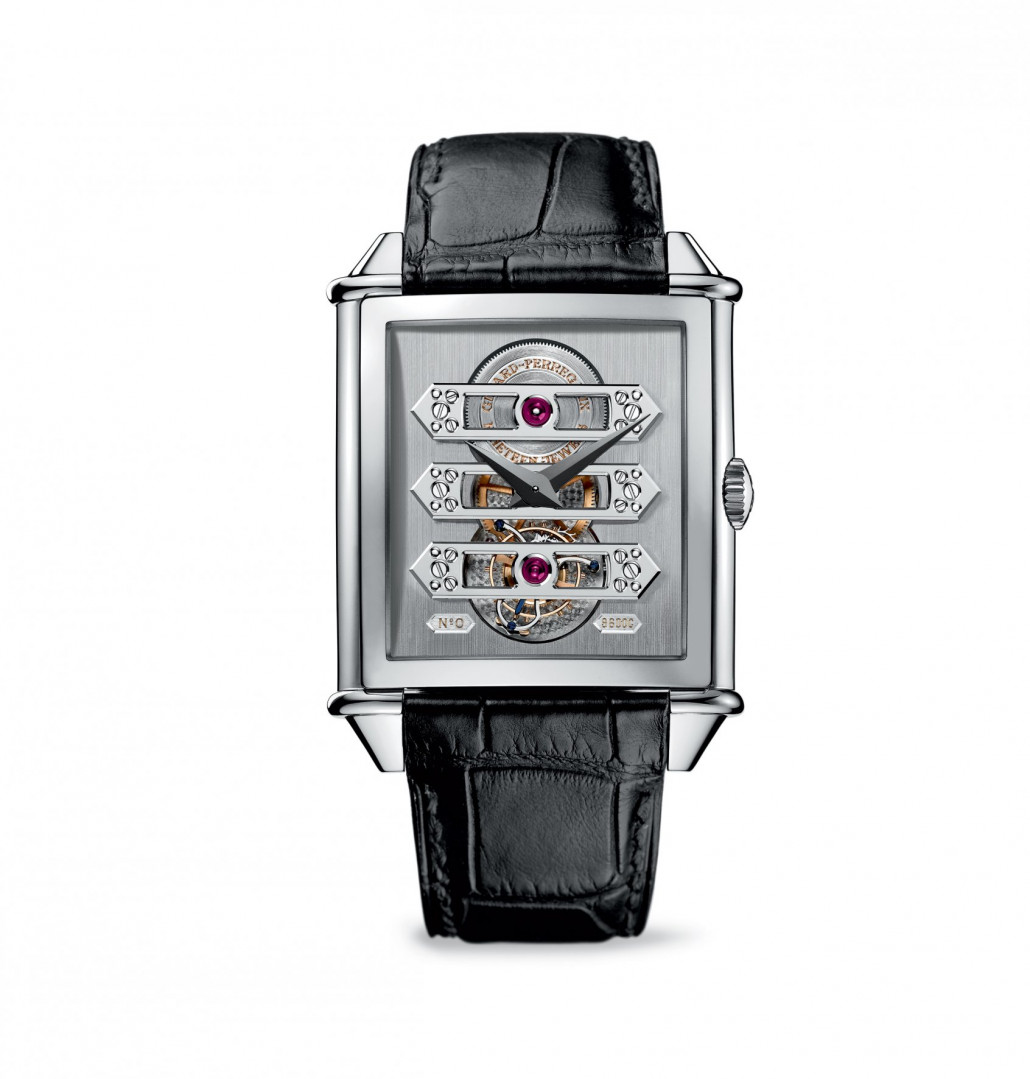 High-end Swiss watch manufacturer Girard-Perregaux has created a limited edition version of its historical Tourbillon whose legacy dates back to the mid-19th century.

In 1860 the Swiss watch brand’s founding father, Constant Girard-Perregaux, created a timepiece which also included three parallel bridges. This watch then served as the inspiration for another variation created in 1945, after which the latest limited edition version is directly named.

As well as its distinctive gold bridges, other notable features of the automatic calibre 9600C watch include its 72 components assembled within a 12mm diameter. A rectangular, white gold case shape, inspired by Art Deco style, adds to the vintage feel, whilst its back is made of sapphire glass.

Girard-Perregaux is one of the world’s most distinguished watch-makers, with its origins dating back to 1791.