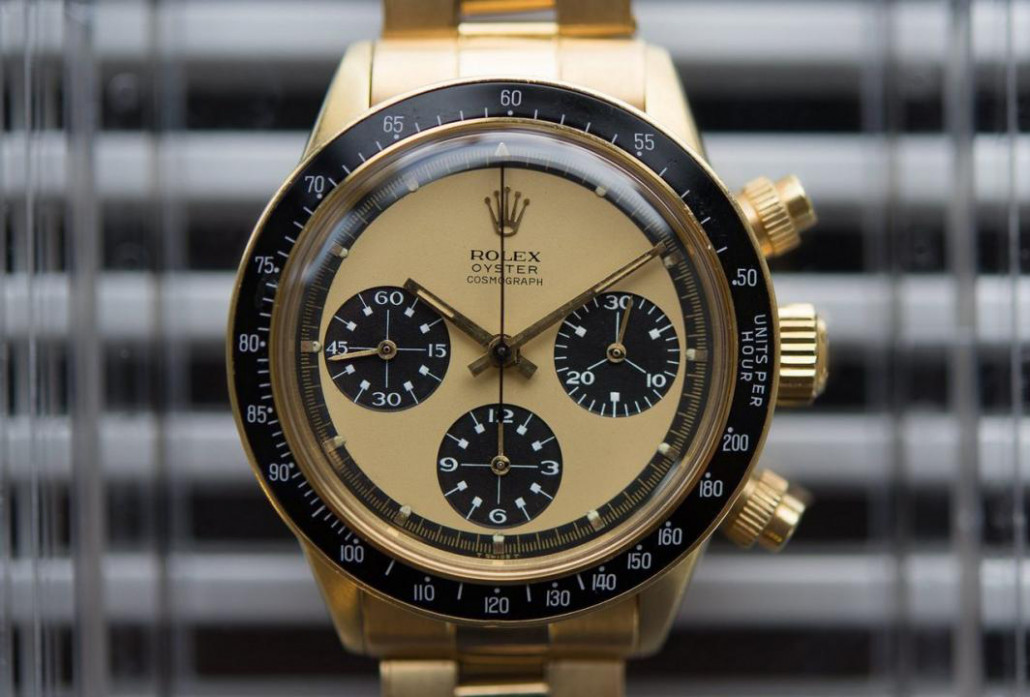 A recent watch auction in Geneva, Switzerland saw a number of records fall, but perhaps the most noteworthy was the sale of a gold Rolex Oyster Paul Newman Daytona timepiece for over $3.5 million – a price that makes it the most expensive Daytona ever publicly sold.

After the legendary “Bao Dai” Rolex reference 6062 set a new world record for the most expensive Rolex ever sold at an auction on day one, the gold Daytona fetched an eye-popping $3,717,906.

Known simply as “The Legend,” this watch was by far the most significant Paul Newman on sale over the weekend auction.  One of only three known yellow gold Oyster Paul Newman Daytonas, the ref. 6263 with a lemon grené dial attracted plenty of attention at the auction before the hammer finally fell on the record price.

As well as setting a new world record for any Daytona sold at auction, the Oyster Paul Newman in gold also became the second most expensive Rolex ever sold behind the ref. 6062 “Bao Dai.”

And with these two record-breaking auctions, Phillips has gone on to become the auctioneers of the three most expensive Rolex watches in the world over the course of just 12 months.

Other notable watch sales at the auction came from historical names including Audemars Piguet, Vacheron Constantin, Heuer, Omega, Longines and A. Lange & Söhne, all of which sold well above their presale estimates.

Phillips in Association with Bacs & Russo will present Hong Kong Watch Auction: FOUR in Hong Kong at the end of this month, featuring a selection of rare and exceptional collector timepieces including 43 watches from the Laurent Picciotto collection of contemporary watches.