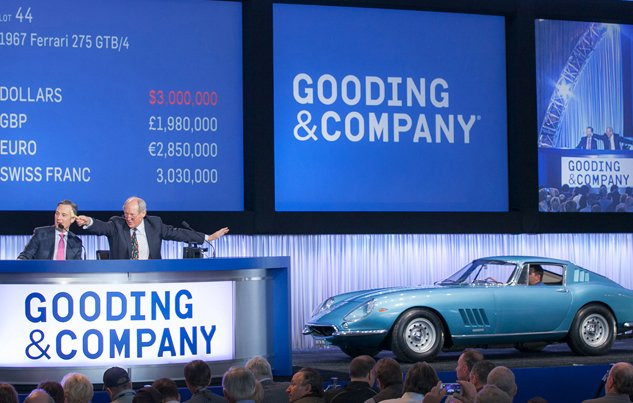 Out of the 85 cars offered during the high profile auction, an impressive seven sold for values in excess of $1 million.

David Gooding, President and Founder of Gooding & Company, said: “Gooding & Company was proud to continue our established reputation of presenting rare, best of category cars, such as the impeccable 1967 Ferrari 275 GTB/4, confirming Ferrari demand continues to dominate the market.