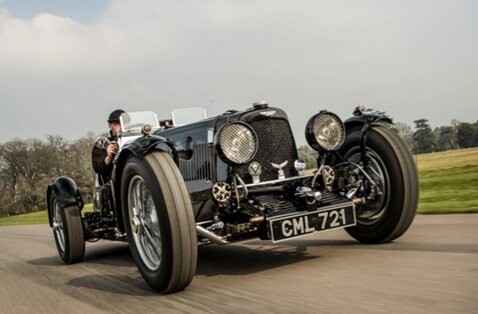 Bonham’s annual Festival of Speed auction saw spectacular figures this weekend, with a total of £17 yielded from the sale of an array of classic automobiles.

Among the cars to go under the hammer was the ex-Works Racing Aston Martin Ulster Team Car, LM19, which sold for £2,9 million, one of the highest amounts ever achieved for a pre-war British sports car.

The Aston Martin has competed at high profile races down the years including Le Mans, the Ards TT, the Mille Miglia, the RAC TT, and the 1936 French Grand Prix outing.

James Knight, Bonhams Group Motoring Director and auctioneer on the day, said: “We’ve had another phenomenal sale at Goodwood, with excellent figures achieved across the board as we offered some highly sought after, truly top tier collectors’ motor cars.”