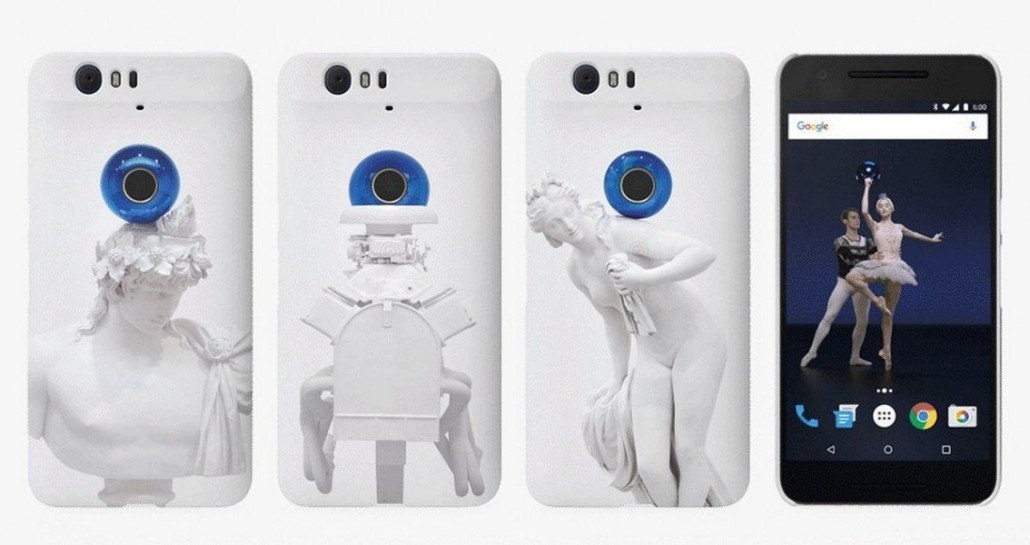 The artist worked with New York City Ballet dancers Troy Schumacher and Ashley Laracey for the wallpaper clips which feature them performing movements from the Swan Lake ballet while holding a Gazing Ball.

“I think that dance really captures nature and culture together. You have the biological aspect between people, movement, and bodies, and at the same time you are completely referencing also the classical,” he told Vogue magazine.

“The Gazing Ball has always had profound importance to me,” he added. “The Gazing Balls communicate generosity. They function like a GPS system, they inform you about the environment around you. They are always dealing with internal light, the excitement of the senses.

“But at the same time, it’s always reflecting the external world that you are surrounded with. So philosophically, the dialogue is inside/outside. I think the pieces are very metaphysical.”

The Jeff Koons-designed live cases can be purchased through the online Google Store for $40 each.