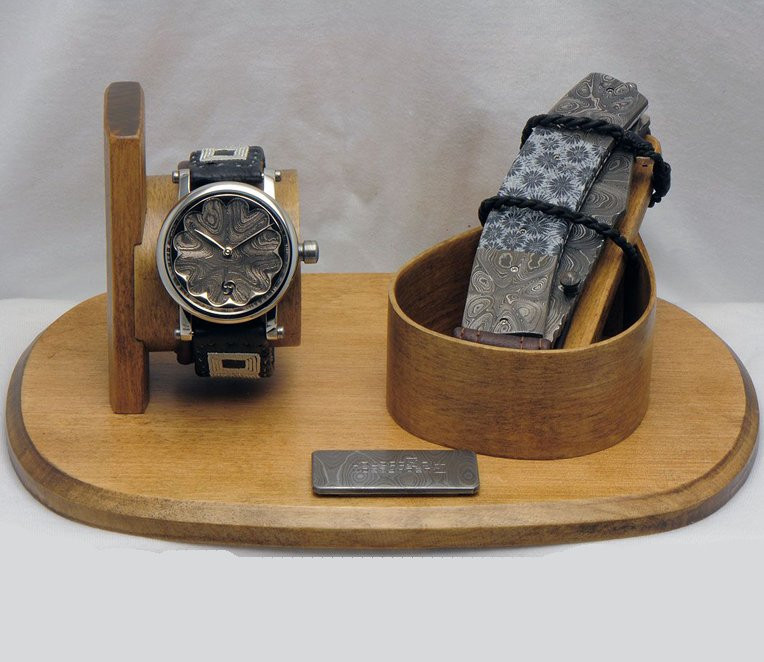 Designed and developed by master bladesmith Johan Gustafsson – one half of the Gos team alongside watchmaker Patrik Sjögren – the Vile and Oden watch and knife are named after two eponymous brothers from Scandinavian folklore.

Bearing the same hallmark as all other Gos watches, both the watch and knife contain strong elements of Damascus steel, including the Vile watch’s dial, crown, and lug screws. Inside the 42mm watch is a Swiss ETA Unitas 6498-1 manually wound movement.

GoS say that the hand-forging process ensures that each set is unique, whilst customers can also make further personalisation requests around the patterns and colours used on the pieces.

The GoS watch and knife set will be produced on order and limited to just five sets, priced at around $20,000 each.