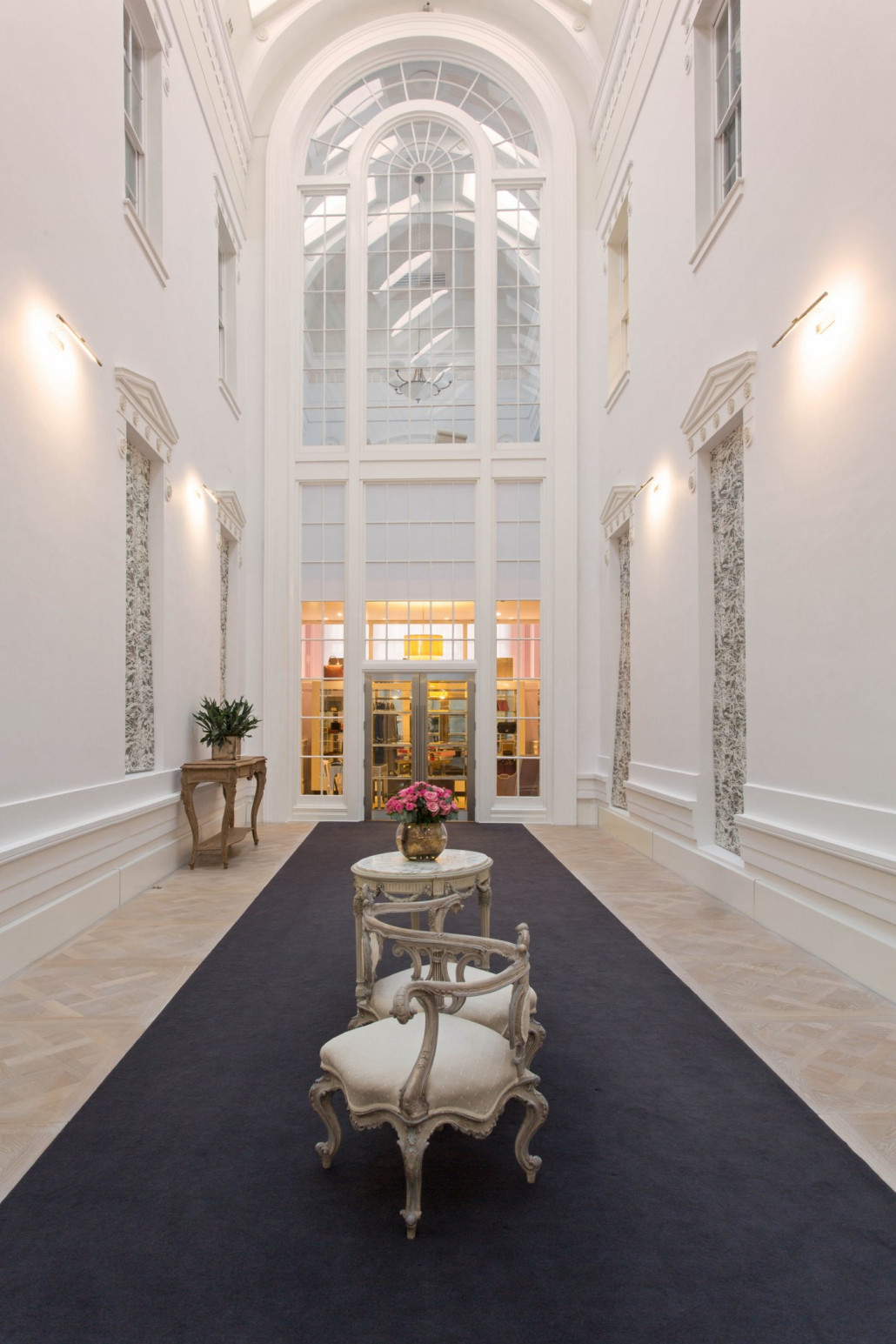 Grace Belgravia: Not Just for Ladies Who Lunch

The vogue for female-only venues has crept along with little fanfare in recent years, but with several now dotted across London, they are offering a modern alternative to the Gentlemen's Clubs of yesteryear.

Last month, a new private club called Grace Belgravia opened in west London to join a growing troupe of members clubs, gymnasiums, wine bars and restaurants in the capital that are only open to women.

Located within a Grade II-listed building in the prestigious Belgravia district, Grace Belgravia contains a health spa, restaurant, boutique, nutrition service and bar. For a £5,500 annual fee (plus £2,000 joining fee) members have access to all of these facilities including medical care from the Queen’s doctor and exercise sessions with Matt Roberts, the personal trainer of Prime Minister David Cameron’s wife Samantha.

Superyachts.com spoke with Kate Percival, founder of Grace Belgravia, to discuss how women can benefit from membership, and her views on the rise of female-only venues – something she agrees is a “cultural phenomenon”, driven by the modern woman’s need for their own space amongst like-minded individuals.

“There’s been a paradigm shift which means women are seeking out other women’s company,” she says. “Not that they don’t love their husbands and partners, but they often have better conversation with women than men.

“I think women are definitely more collegiate than in the past. Women have become less competitive with each other, and the whole sorority of sisterhood is stronger than it’s ever been.”

The club’s USP is based around its ability to provide a permanent service to clients, helping them avoid the common trap of attending spa and health holidays in foreign climes before returning home to their old routine full of bad habits.

“At the moment if you want to have an integrated spa experience, you have to go away to Italy or somewhere like that, but back home there’s nowhere you can go to on a day-to-day basis that is sustainable, she says.

“You go away, come back into everyday life and return to the same routine, and you’re into the yo-yo scenario. Grace offers an everyday support for women.”

She describes the club’s typical clients as “extremely diverse”, spanning an age range of 25-75, and with a large contingent of businesswomen keen to use the club’s lavish confines as a retreat from the stresses of the office and home-life. There is also a keen American interest, which she attributes to their nuanced appreciation of substance over style.

“The Americans have always been interested in health and wellness and they love the attention to detail,” she says. “People don’t want opulence anymore, they want fantastic service.”

Whilst the club is used to conduct business, its founder emphasises that there is far more on offer than merely a space to thrash out deals, going so far as to describe Grace as “the thinking woman’s club".

“People do business here but it’s very low key,” she says, “and is more about networking. But even if people aren’t working, they will come because it’s an interesting place, for its events, lectures, book signings, etc.”

The founder is also keen to create a distance between Grace members and the stereotype of women with frivolous hobbies bank-rolled by rich husbands and too much time on their hands.

“Grace is not for spoilt women,” she stresses, “It isn’t just for ladies who lunch. It’s for impressive women who recognise that they’re fallible and need support.”

“We talk about empowering women, giving them the tools to go out and be the best that they can be.

“I expect that for women, once they become members, the club will become an essential part of their lives.”