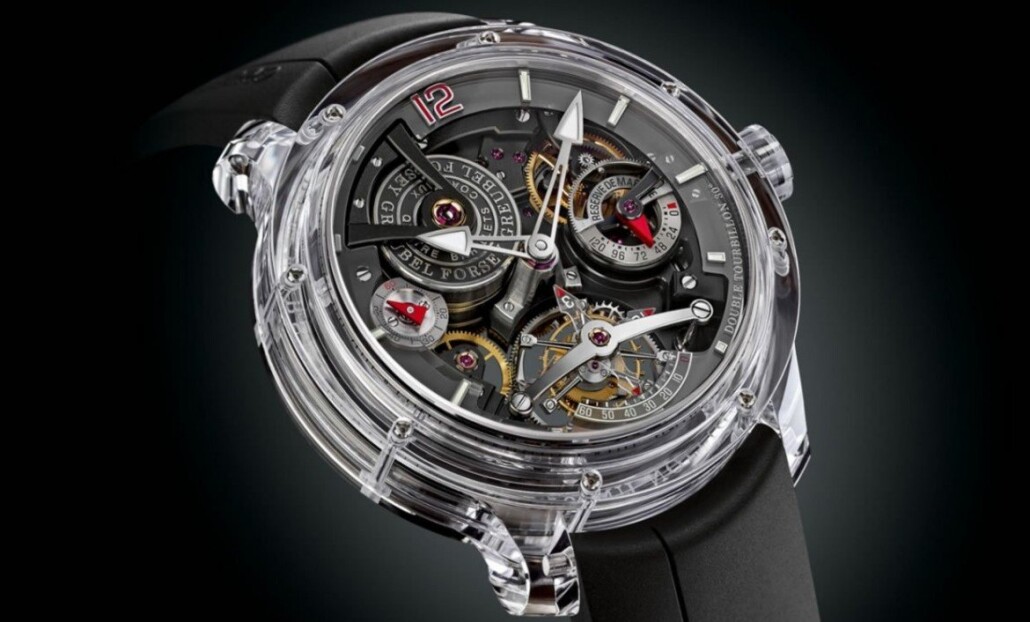 Swiss luxury watch brand Greubel Forsey has stepped up the ante when it comes to watch transparency with the creation of their innovative Double Tourbillon 30° Technique timepiece.

Priced at $1.275 million and available exclusively to the USA market, the watch is made in a new all-sapphire case created using a single large sapphire crystal, making it entirely transparent with no metal used on the any part besides the winding pin.

The flawlessly clear case allows you to see the distinctive double tourbillon movement, a hand wound calibre with a power reserve of 120-hours, and two distinctive tourbillon escapements.

One of the movements is actually inside the other, with the outer tourbillon rotating every four minutes and the inner tourbillon every 60 seconds.

For an extra layer of prestige, this complicated movement scored an impressive 915 out of 1,000 points at a recent International Chronometry Competition.

Greubel Forsey was launched by Robert Greubel and Stephen Forsey in 2004.