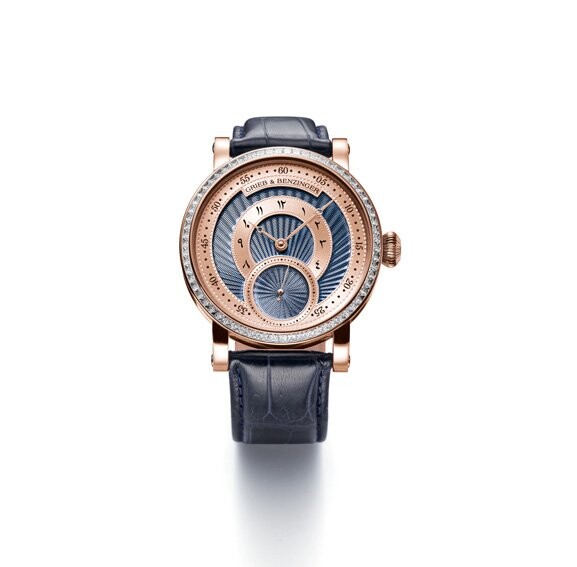 Inspired by the Arabian sea, the Pharos Al Arab Imperial features various shades of azure as well as the sparkling effect the sun provides when it touches the surface of water, as specified by its owner.

The watch comes in a solid 18-karat rose gold case with 66 Princess-cut diamonds set in the bezel.

Arabic numerals on the regulator-style upper dial combine with a handcrafted, guilloché, blue-coated base dial that changes colour as sun beams touch it, while the sparkling diamonds cast their reflective beams on the bezel.

Other notable components include a manually wound movement featuring a three-quarter plate and a blue platinum coated base plate.

The Pharos Al Arab Imperial by Grieb & Benzinger will be priced at around €82,000.

Grieb & Benzinger’s bespoke timepieces for the Middle East are credited as having created a significant spike in demand in the Arab region for customised watches.