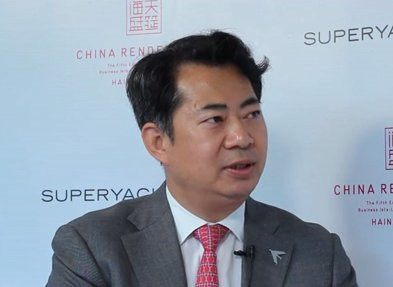 Embraer have long been established as one of the biggest names in the world of aviation. The Brazilian aerospace conglomerate is renowned for its creation of executive jets, which has become a burgeoning industry across the globe, and most notably in China.

It is no surprise that Embraer as much as anyone is making efforts to capitalise on the growing Chinese market for private jets.

We sat down with Guan Dong Yuan, Managing Director of Embraer China, at the Hainan Rendez-vous to learn more about Embraer’s attempts to infiltrate what is widely considered the world’s most lucrative market.

During a fascinating conversation, he elaborated on what is required to achieve such an ambition, how he feels the Chinese market will evolve over the coming years, as well as the changing demands of private jet customers in general.

“I think in china the market is growing so fast I can say one word – ‘unbelievable’," he said. "In the past five years the growth rate was around 25% per year, so it’s amazing. And today there are around 300 private jets in China."

"Even though China is still not comparable with mature markets like United States, Brazil, Mexico, the growth rate no doubt is the fastest in the world today."

You can watch the full video interview with Guan Dong Yuan above this article.