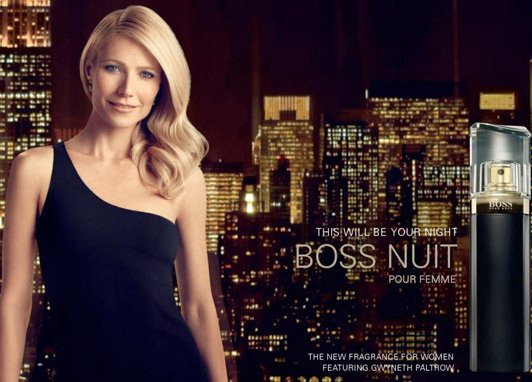 The American star was named as a Hugo Boss ambassador in May, joining fellow actors Orlando Bloom, Sienna Miller and Jared Leto as celebrity endorsers of the world-renowned brand.

In the video, Paltrow is seen standing in a glass-fronted penthouse with panoramic views of Manhattan, decked out in a striking asymmetric black dress.

The Nuit Pour Femme scent is described by its makers as being inspired by the classic elegance and sensuality of the little black dress.

Speaking about her new role, Paltrow said: "To me, the Boss woman is driven, ambitious and goes after what she wants, but she balances being strong and very feminine at the same time - characteristics that I strive toward in my own life.”

Paltrow has previously fronted a campaign for Italian leather company Tod's, and is also the current face of handbag label Coach and Swedish fashion brand Lindex.

The Nuit Pour Femme fragrance is set to be released worldwide release next month.