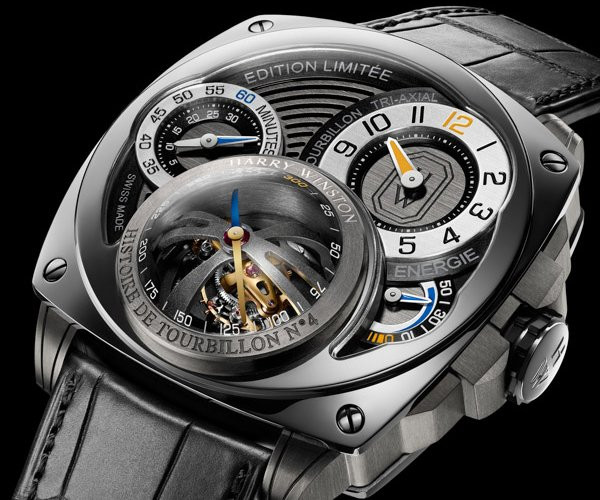 First launched in 2009, the Histoire de Tourbillon series was considered evidence of Harry Winton’s pioneering efforts on the creation of complicated tourbillon mechanisms.

Now the series has a new addition to the family, the 47mm Histoire de Tourbillon, and with its triple tourbillon has shown the American brand taking watch-making onto the next level. The tri-axial tourbillon is positioned at 6 o’clock, each rotating at different rates per minute.

The tourbillon components are made from a mix of titanium and 18k gold under a sapphire crystal, and are accompanied by a caliber HW4501 movement that is manually wound with a 50 hour power reserve.

Harry Winston estimates that more than 3,500 hours of labour, plus 400 additional hours of testing, were required to develop the Histoire de Tourbillon 4

The Histoire de Tourbillon 4 is limited to just 20 pieces worldwide.