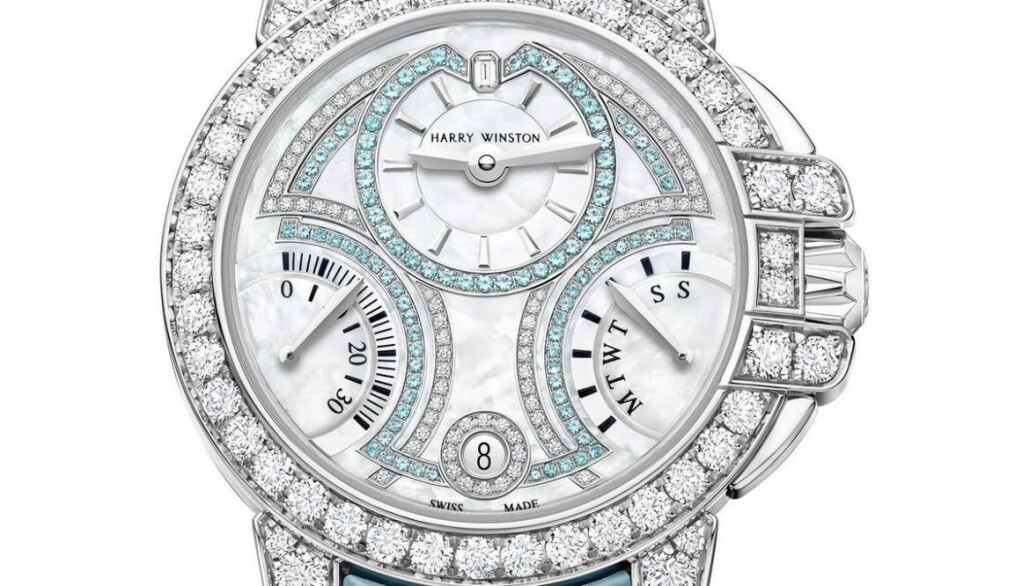 Featuring an assortment of complicated mechanical watches for female watch lovers, it has grown to become one of the historic American brand’s most beloved collections since it was launched in 1998.

Now it has five additions to the family, including four women’s pieces and one for men, featuring complications such as retrograde hours and minutes as well as moonphase and perpetual calendar functions.

The women’s watches boast an eye-catching feminine design which reflects the Harry Winston’s expertise in working with precious stones.

Founded in New York in 1932, Harry Winston has grown into one of the world’s most prestigious watch and jewellery brands.