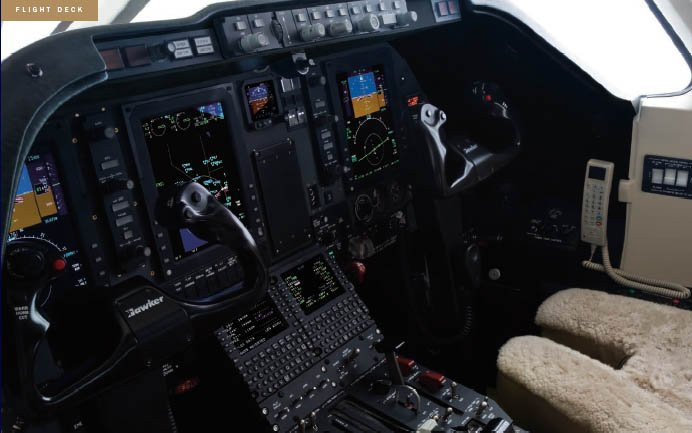 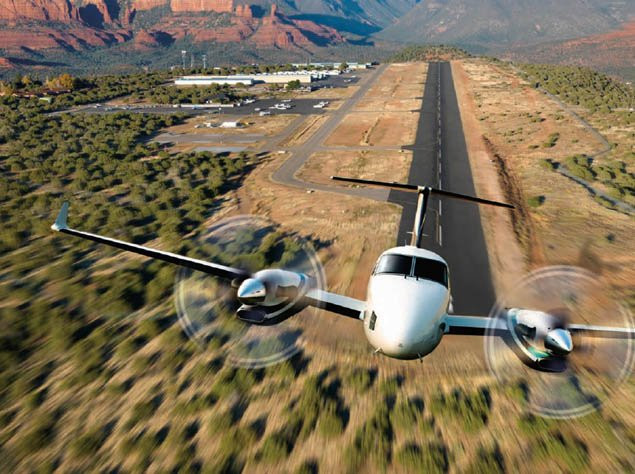 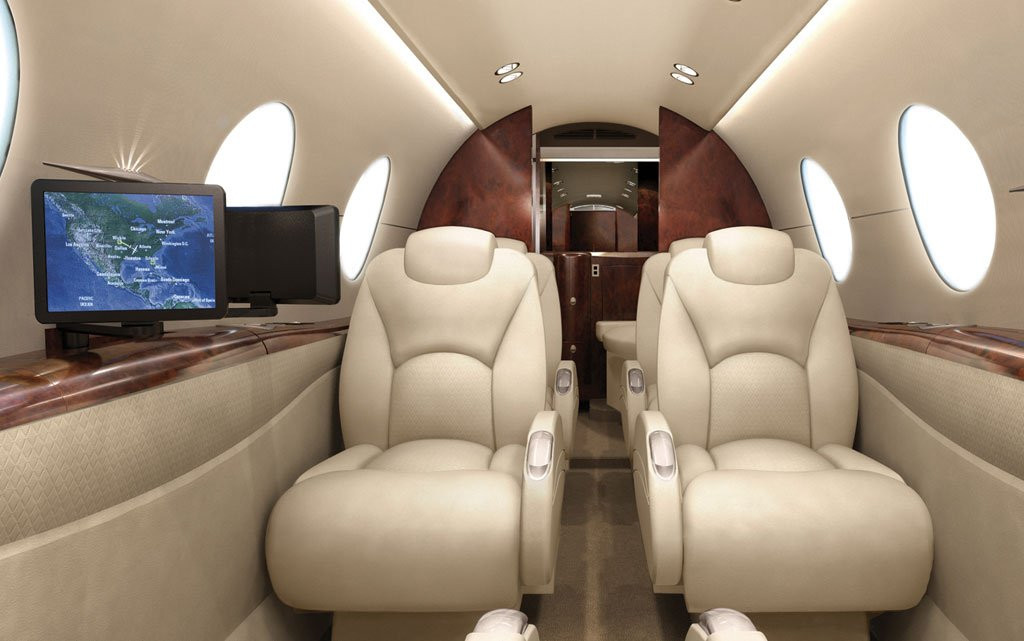 The classic King Air turboprop has been revamped and released with a new range of extra-luxury features to impress even the savviest flyer.

The interior of the new model received a complete overhaul, with more comfortable seating and larger amounts of free space incorporated into the cabin area.

The aircraft is also equipped with the new Rockwell Collins Venue high-definition CMS for added entertainment during flight.

The entertainment system is designed to handle all media from iPods, XM Satellite Radio and CDs to Blu-ray DVDs, X-boxes and Play-Stations.

The 350i also introduces some extensive soundproofing measures to reduce average cabin noise with the incorporation of the company's Serenity System. A midsize jet-style bathroom also has its place in the rear of the aircraft.

With two Pratt & Whitney Canada engines, it delivers a lower seat-per-mile cost on a typical 300 nautical-mile trip than the leading single-engine turboprop.

Priced at approximately US$6.6 million, the plane has the carrying capacity for nine passengers but can also be refigured into an extra-spacious shuttle for two within hours.

Turboprop engines are a type of aircraft powerplant that use a gas turbine to drive a propeller, rather than a jet engine which uses exhaust gases to propel the aircraft.

"The plane has the carrying capacity for nine but can also be refigured into an extra-spacious shuttle for two within hours."

"The plane has the carrying capacity for nine but can also be refigured into an extra-spacious shuttle for two within hours."