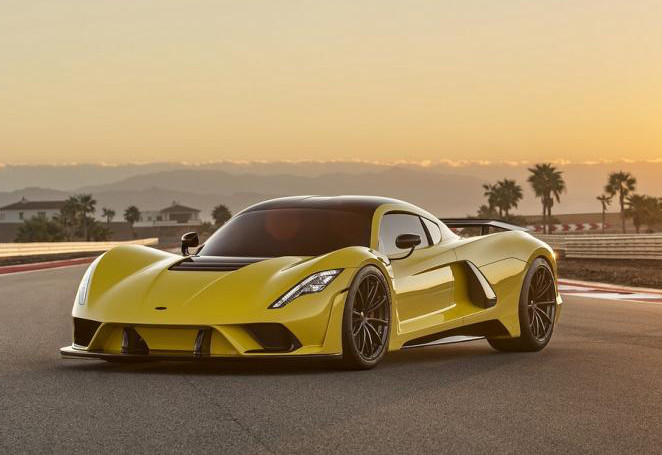 The Venom F5 has been one of the most eagerly awaited hypercars in recent memory and now the big moment has arrived the consensus among car enthusiasts is that it was well worth the wait.

The creation of American car tuning house Hennessey Performance, the Venom F5 was unveiled at the 2017 SEMA Show in Las Vegas, which came to a close last week, and was designed with the single goal of being the fastest road car on earth.

Whether or not that mantle has been achieved remains to be officially confirmed, but Hennessey are already claiming that the car will become the first to breach the 300mph mark.

If it achieves this target, it will be at the expense of the Bugatti Chiron. Hennessey and Bugatti previously locked horns when the Bugatti Veyron and Venom GT were both trying to capture the world record for the fastest production car.

The hypercar is powered by an all-new twin-turbo V-8 and pumps out 1600hp, all channelled through a 7-speed single clutch gearbox to the rear-wheels.

The car has an all-new chassis and carbon fibre body focused on aerodynamics to achieve the lowest possible drag and the body has a coefficient of drag of just 0.33.