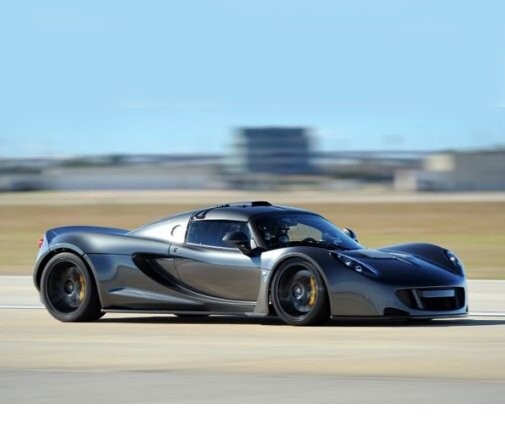 Beating the previous world record of 14.53 seconds held by Koenigsegg Agera, the Hennessey Venom GT claimed the record after completing two runs in opposite directions within one hour of each other, averaging out to a time of 13.63 seconds to go from 0-300 km/h (186.4mph).

The landmark event took place on an 8,000 foot-long runway at Ellington Airport, southeast of Houston, Texas, with the Venom GT piloted by John Kiewicz.

First launched in March 2010, the Hennessey Venom GT is based on a highly modified Lotus Exige chassis and is powered by a twin turbocharged V8 engine. Hennessey claims that the car can achieve a top speed of 437 km/h (272 mph) though this has not been verified.

Hennessey Performance Engineering was founded in 1991 and specialises in modifying sports and super cars from brands including Ferrari, Porsche, McLaren, Audi, Mercedes- Benz, Toyota, Nissan and Lexus and Lotus.