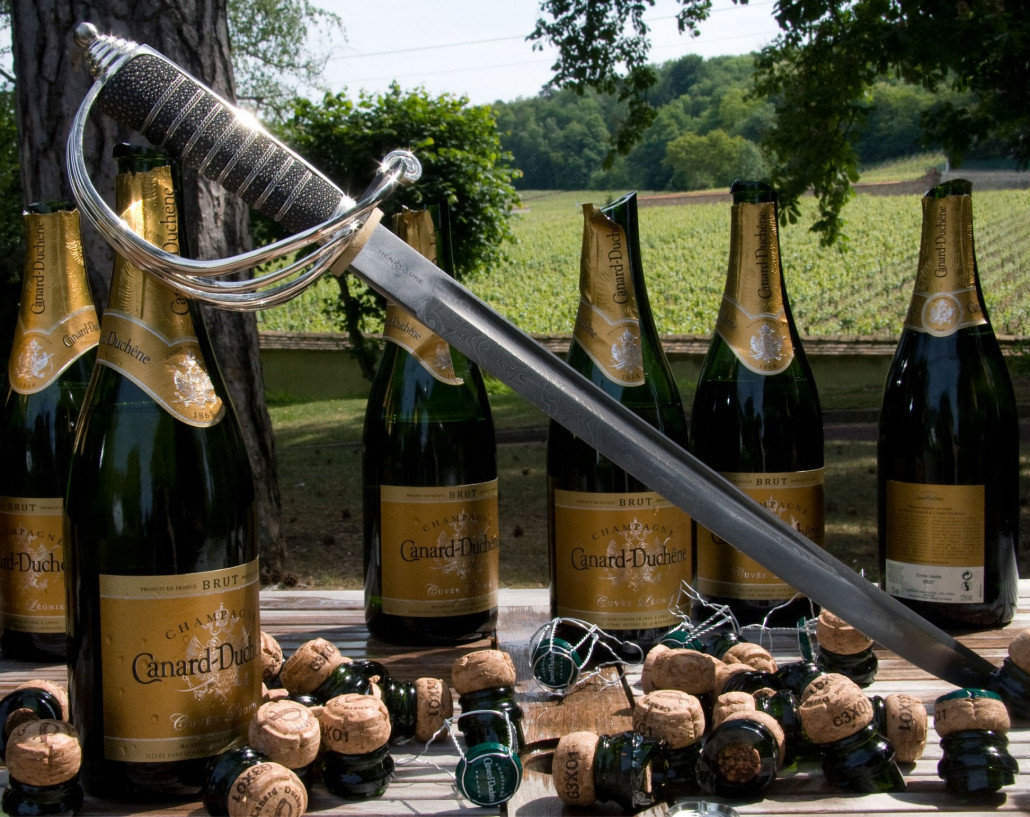 Luxury designer of ‘boys toys’ Henry Tuke has launched the world’s most expensive champagne sabre by smashing the World Record in sabrage – a pastime that dates back to the Napoleonic wars and involves slicing the top off of champagne bottles.

The UK company broke the record within the picturesque gardens of top Champagne house Canard Duchêne in Ludes, north-eastern France.

Priced at £27,000, the Henry Tuke Champagne Sabre is hand forged from stainless Damascus steel in England and has solid sterling silver fittings and a shagreen grip. It also comes with a unique stand with a base made out of ancient oak reclaimed from the original Roman docks in London and dated to 70AD.

Speaking at the launch, Mr Tuke-Hastings said: “Our Champagne sabre is a thing of beauty and it has a party-filled life ahead of it.

“Today, it has had the perfect start to its life by sabering some delicious wines and setting a new world record in the art of sabrage.

“We were really pleased with the product and after sabering thirty five bottles, there was not a single scratch on the blade due to the quality of the steel.”

The sabre is available from select stockists and direct from Henry Tuke.