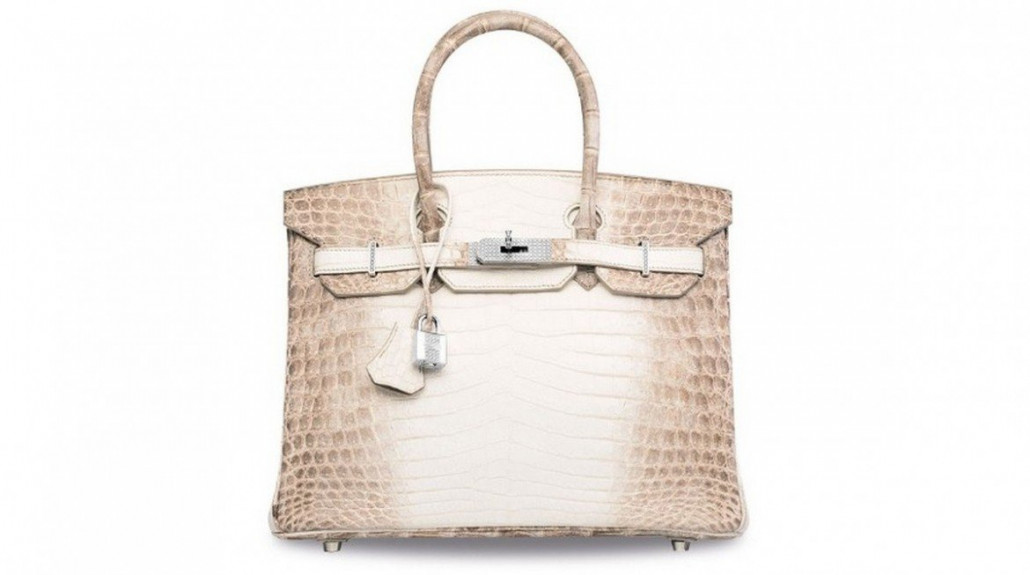 A Hermès Birkin handbag, one of the fashion world’s most iconic pieces, has sold at a Christie’s auction in Hong Kong for an eye-popping $300,000.

The sale of the Himalayan Niloticus Crocodile Birkin smashes the previous record for the most expensive handbag ever sold.

The handbag was purchased by an anonymous Asian collector after a bidding war pushed the final price over $300,000.

“The diamond pieces created by Hermes are exceptional, but none are nearly as iconic as the Himalaya,” Christie’s said in a press release prior to the sale.

“It is believed that only one or two of the Diamond Himalayas are produced each year, globally, making it one of the lowest production runs for handbags.”