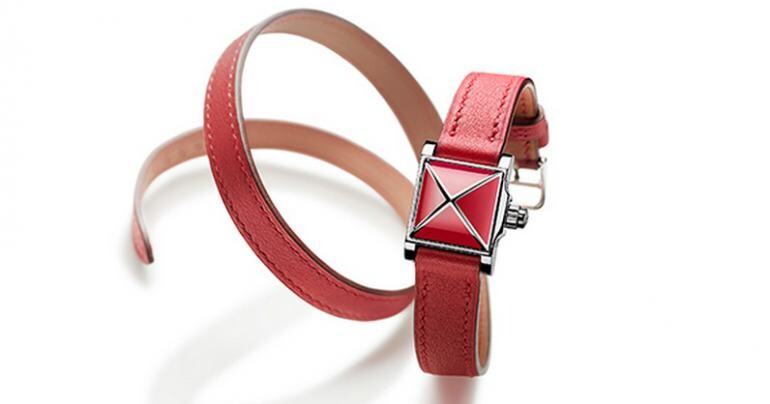 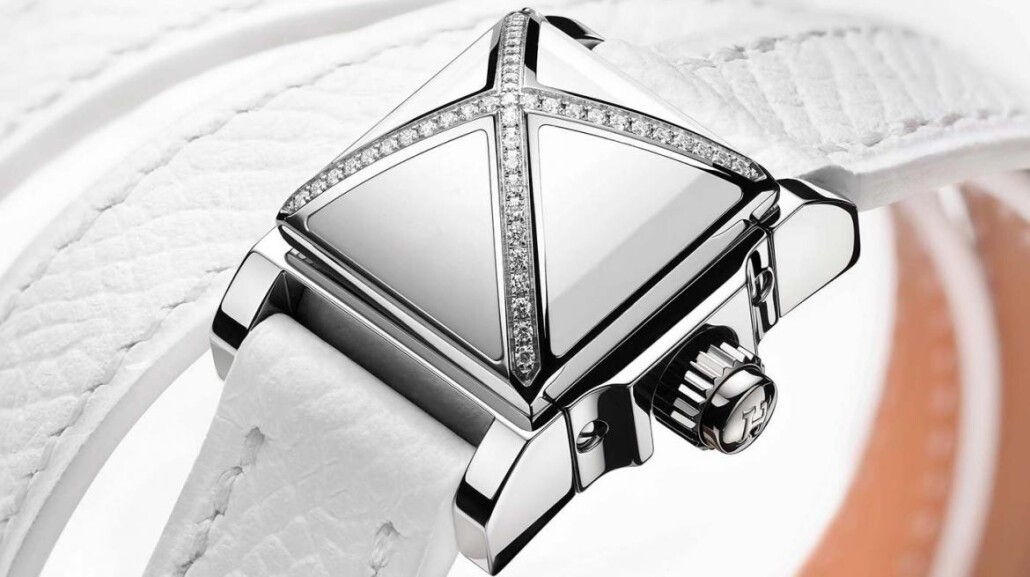 Hermès are continuing to build on their reputation for luxury watches with the creation of their new Médor Rock collection.

Playing on the quirky concept of a concealed watch face, the new timepieces have faces hidden away behind a colourful lacquered pyramid stud, ready to be revealed with a press of the crown.

The inspiration behind the collection is Hermès’ dog collar bracelet, which in turn built on the pyramid studs that appeared on the iconic French fashion houses’s belts of the 1930s.

Historically pyramid studded bracelets and belts have been associated with the musical genres of punk and rock n’ roll genres, and it is this rebellious spirit that Hermès were hoping to translate to their watches on this occasion.

In total there are three versions of the Médor Rock, each fitted with a triple tour strap, some with a plain silver tone pyramid stud, some with a lacquered stud, and a few with studs that are lacquered and cross-set.