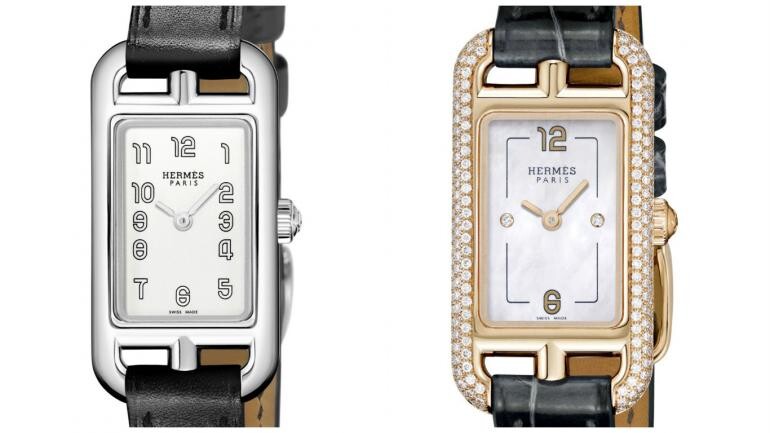 Just over 15 years ago, the legendary artist Henri d’Origny was commissioned by Hermès to create a unique design for a square shaped watch – the result was the Nantucket.

Featuring an elongated rectangular case and an anchor chain motif, that classic women’s timepiece has now been reinterpreted in a new avatar called the Très Petit Modèle.

Available in either a steel version featuring an opaline dial or a 180-karat gold version set with 186 diamonds and boasting a white mother-of-pearl dial, the watch is powered by a Swiss Quartz movement and is water resistant to 30 metres.

Other notable components also include a choice of single or double wrap-around straps available in alligator or calfskin and in a broad range of colours.