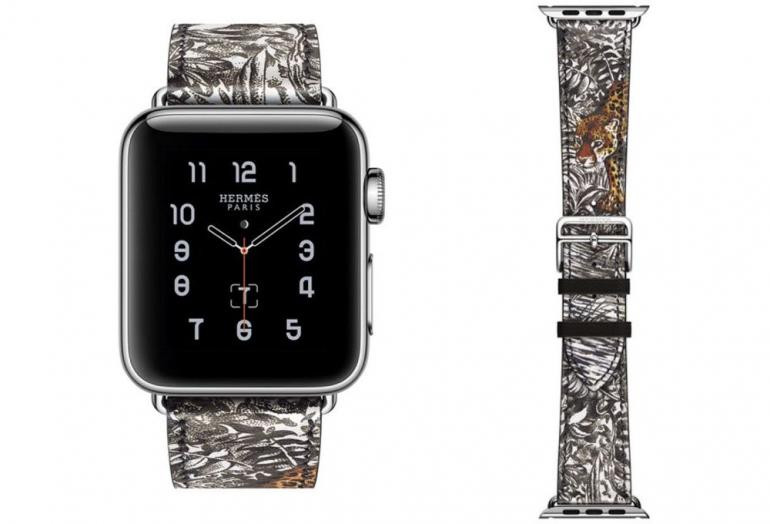 Iconic French fashion house Hermès has continued its partnership with American technology giants Apple by unveiling a new collection of watch bands for the Apple Watch.

Last year Apple teamed up with Hermès to create a new collection of Apple watches, billed as merging Apple’s product innovation with the heritage and craftsmanship of Hermès.

They later consolidated this relationship with the launch of four new band colours for the Apple watch, each made from luxury leather and available in a wide range of colours, including white, orange, sapphire blue and peacock blue.

Now the two brands have created more exclusive new wrist bands featuring the “Equateur Tatoutage” print made popular by naturalist artist Robert Dallet that depict a jungle battery with a tiger. The unique embellishment holds in its all leather body, a metal clasp and distinctive leather loops.

Furthermore, its insides are made of a brown leather material with the connecting lugs churned out of striking silver. The unique pattern on the band is a fresh new shift from the standard apple make-up.

However, unlike Apple’s previous tie-up products with Hermès that were retailed by both brands, these particular bands will be available only at select Hermès outlets.

Pricing for the new Apple watch bands is yet to be confirmed.