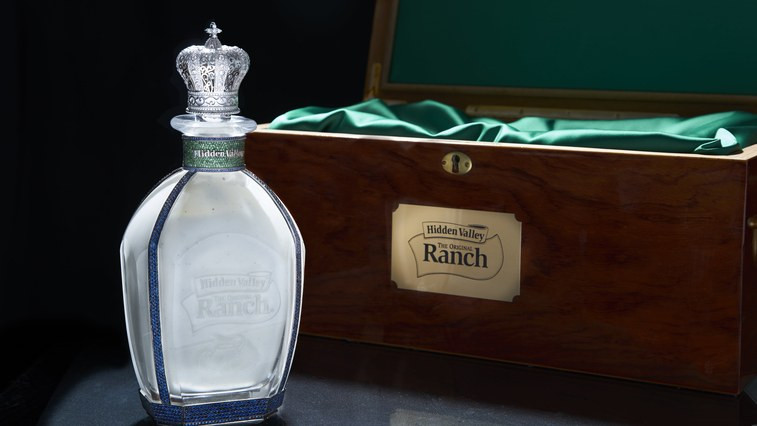 Strictly for the more decadent wine lovers out there, a US-based company called Hidden Valley have created an extravagant bottle of ranch dressing costing a whopping $35,000.

The company announced that it will be giving away the glass bottle encrusted with diamonds, sapphires, and 18-karat white gold, etched with the Hidden Valley logo to one lucky ranch fanatic.

The giveaway is tied to both National Ranch Day, which took place last week, and the royal wedding taking place in May.

The bedazzled bottle, which was designed by an "A-list celebrity jeweler" was created in honour of the bride-to-be, Meghan Markle.

In fact, Hidden Valley revealed that there's actually a second, equally luxe ranch decanter in existence, which will be sent to the future Royal to "remind her of the familiar flavours of her home country as she resides as royalty across the pond."

To win the one bejewelled bottle, all you have to do is keep an eye on the official Hidden Valley Twitter account.