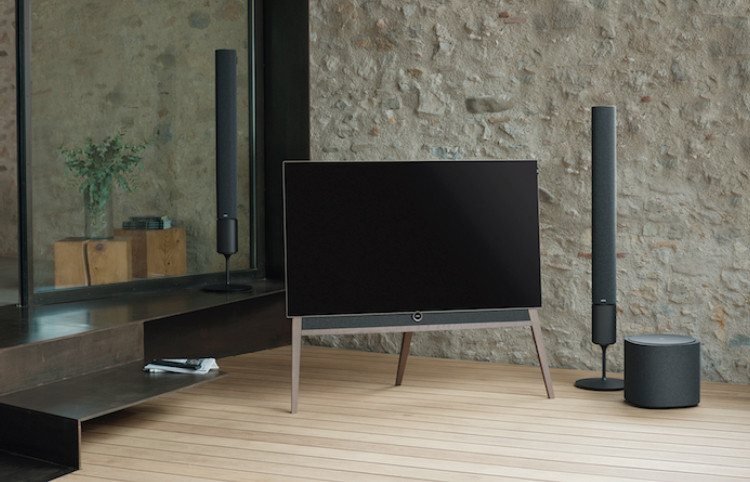 Loewe, the renowned luxury German TV brand, has unveiled a new addition to its portfolio, the bild 5 OLED, inspired by the geometric design styles of the 1960s.

The new television has been crafted by eminent designer and Loewe’s creative director Bodo Sperlein, continuing the company’s efforts to breathe new life into the world of television with a strikingly aesthetic style inspired by retro Sixties décor.

The bild 5 OLED is a harmonious blend of old and new, drawing inspiration from the angular design styles of the mid-century combined with the very latest state-of-the-art OLED technology.

The use of HDR enhances picture quality, adding more natural colours and picture detail. But Loewe has gone even further with its latest offering.

The company has also added Dolby Vision – Dolby's proprietary HDR technology, which adds a layer of metadata, essentially allowing each scene to be tailored for the specific screen it's being shown on.

It is available in two finishes - natural Silver Oak and high gloss Piano Black, with each finish intended to complement Loewe’s futuristic, state-of-the-art slim screen. At 4.9mm thick, the display is slimmer than most smartphones, making the TV appear almost weightless.

Commenting on the design, Bodo Sperlein said: “We are one of the first television manufacturers who have started using natural materials again such as wood, and in turn transformed the television set into an object.

"A piece of furniture that radiates a ‘welcome home’ feeling. The bild 5 OLED is warm minimalism, high-tech with soul and a touch of cosiness.”

Loewe was founded by brothers Siegmund and David L. Loewe in Berlin, Germany in 1923.